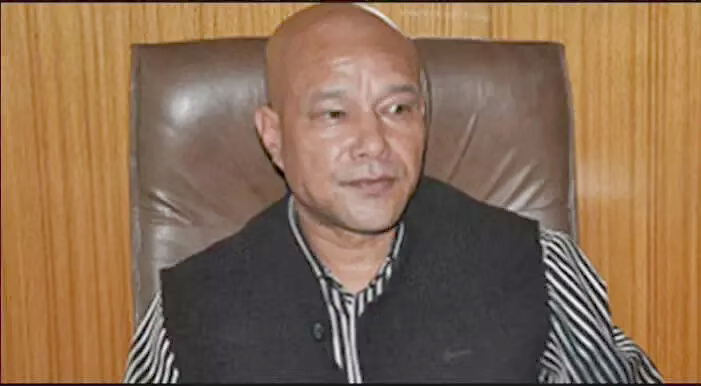 Shillong, October 23: A BJP MLA in Meghalaya on Friday wrote to Union Home Minister Amit Shah seeking the Centre’s intervention in resolving the long pending border issue between the state and Assam.
Sanbor Shullai letter followed Shah’s intervention to restore peace following the clash at the interstate borders of Assam and Mizoram earlier this month.
Shullai is one of the two BJP MLAs in Meghalaya, where the party is supporting the Meghalaya Democratic Alliance government of Conrad K Sangma.
“I would like to seek central government intervention in resolving the long pending unsettled border outline between Assam and Meghalaya,” he said in the letter to Shah.
“The decision to resolve border disputes among the north eastern states by 2021 is a noble thought and gesture and one that we are highly grateful for,” he said.
Stating that there are several areas between Assam and Meghalaya where border disputes are frequent, Shullai said “This lead to an uneasy calm and hostility among the people living in both sides of the border.”
He said people in the “unsettled border areas” are facing difficulties as some developmental activities cannot be carried out due to the dispute between Assam and Meghalaya.
“Sometimes what happened at the border spills over into the rest of the state affecting lives of people all over and also disrupt the communal harmony,” the senior BJP leader said.
Besides, resolving the border disputes will help boost the morale of the party workers across the region.
Assam and Meghalaya have at least 12 areas where there are boundary disputes among themselves and both states have adopted a policy in which one state cannot carry out developmental activities without informing the other.
Chief ministers of both Assam and Meghalaya have met in the past as also their chief secretaries and consultations were held by the district administrators concerned and the police forces of the two states to resolve the problem. (PTI)