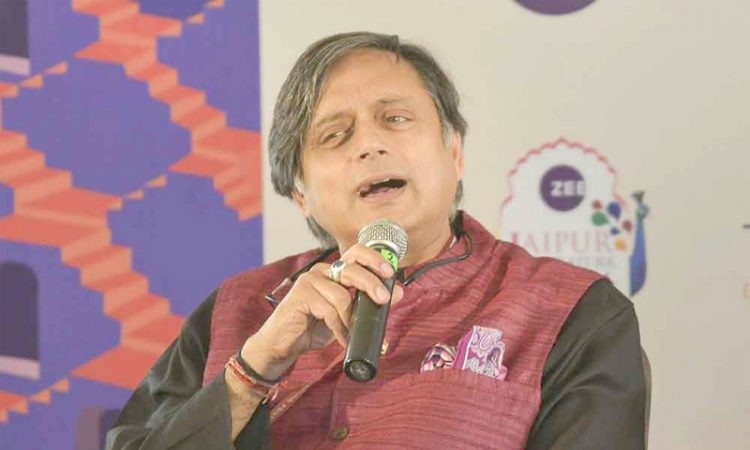 New Delhi, May 2: Senior Congress leader Shashi Tharoor on Sunday hailed Mamata Banerjee for her “spectacular victory” in the West Bengal Assembly polls and said the BJP has met its match in Bengal and lost.

Tharoor, who campaigned extensively for the United Democratic Front (UDF) in the Kerala polls, also expressed disappointment with the results in the state where the ruling CPI(M)-led Left Democratic Front was all set to retain power with a thumping mandate.
“It’s a day of disappointment for many of my friends and colleagues in @INCKerala. You fought a good fight. The energy and commitment I’ve seen from you is the party’s greatest strength,” Tharoor said.
“We must not be disheartened. There is work ahead to renew and revive our party, and to serve the people,” he said in a series of tweets.
Tharoor congratulated Kerala Chief Minister Pinarayi Vijayan “for his remarkable re-election, a first in 44 years”.
“It is our duty to respect the confidence the people have shown in him and his government. In the fight against COVID and communalism, he (Vijayan) should have our support,” tweeted the MP from Thiruvananthapuram.
Hailing Mamata Banerjee on the Trinamool Congress’ (TMC) performance in Bengal, Tharoor said on Twitter, “Congratulations to @MamataOfficial Mamata Banerjee on her spectacular victory over the forces of communalism and intolerance.”
“The voters of Bengal (and especially Nandigram) have demonstrated where their hearts lie. The BJP has met its match in Bengal, and lost,” he tweeted.
The TMC was ahead in 209 of the 292 seats in the West Bengal polls, way over the victory mark of 147. The BJP was leading on 80 seats.
Tharoor also congratulated DMK chief M K Stalin on the “convincing and decisive” victory in Tamil Nadu polls.
“All Congress workers are happy to be allied with a party that will restore good governance to Tamil Nadu. Together we must stand for co-operative federalism & #InclusiveIndia,” he said of the DMK-Congress alliance win.

After a decade in opposition, the DMK was on course to capture power from the AIADMK in Tamil Nadu as per the trends made available for the 234 seats. (PTI)