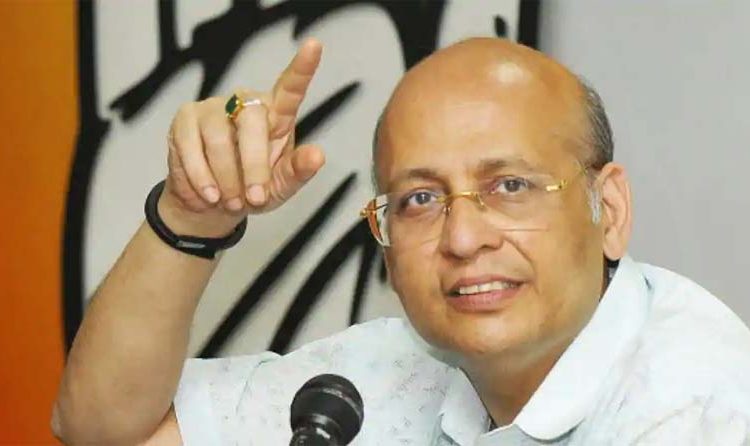 New Delhi, October 21: Accusing the BJP-led Centre of making a “conspiratorial attempt” to appropriate the legacy of Subhas Chandra Bose, Congress spokesperson Abhishek Manu Singhvi Sunday said the saffron party was “desperate to rewrite history”. In a veiled attack on the Nehru-Gandhi clan, Prime Minister Narendra Modi Sunday alleged that the contribution of several great leaders such as Sardar Patel, B R Ambedkar and Bose to the country’s freedom struggle was “deliberately” forgotten to glorify “one family”. He also said it was high time more Indians got to know about the historic role these stalwarts had played.
Donning the famous Azad Hind Fauj cap, the prime minister hoisted the national flag at the Red Fort and unveiled a plaque to mark the 75th anniversary of the proclamation of the Azad Hind government by Bose.
At a press conference, Singhvi said the Congress had always endeavoured to protect, preserve and propagate the ideals of Bose, the brave patriot and secularist.
“Those who do not have their own ideas and idol and had zero contribution in the national movement of freedom struggle are trying to appropriate the legacy of our freedom fighters, in an attempt to be perceived as nationalists. Today, Prime Minister Narendra Modi desperately tried to do the same.
“A desperate BJP is trying to rewrite history and create an imagined rivalry between Sardar Patel and Jawaharlal Nehru and between Netaji Subhas Chandra Bose and Nehru. It has used auspicious occasions for these cheap political tricks,” he said.
Singhvi pointed out that Bose and Patel were completely against the “philosophy of sectarianism and bigotry that is espoused by Prime Minister Modi’s ideological patriarch — the RSS and the Hindu Mahasabha”. He said Patel, in a letter to Shyama Prasad Mukherjee, had stated that the “activities of the Hindu Mahasabha were a clear threat to the existence of the government and the activities had not died down, despite the ban”.
Singhvi also pointed out that Nehru was one of the lawyers for Bose during his Indian National Army (INA) trials. “Was there any person from the RSS to support Netaji?,” he asked, adding, “The prime minister and the BJP are desperately trying to appropriate every national legacy.”
The Congress leader alleged that while the RSS and BJP were praising Bose for his military endeavours to liberate India, their “ideological ancestors had done totally the opposite”. “When Netaji was revamping the Azad Hind Fauj (or INA) in Japan and Gandhiji had given the Quit India call, the RSS was hand-in-glove with the British,” he said.
Singhvi also said to get political mileage, the Bharatiya Janata Party (BJP) was portraying Bose as Mahatma Gandhi’s victim and Jawaharlal Nehru’s rival, but in reality, Bose always had the highest regard for both of them. He pointed out that Bose had, in fact, named two INA regiments after Gandhi and Nehru.
It was Bose who first gave Gandhi the epithet of “Rashtrapita” or the father of the nation in a radio address from Singapore in 1944, Singhvi said, adding that the same year, Hindu Mahasabha member Nathu Ram Godse had made his first attempt to kill Gandhi.
Quoting from public documents, correspondences and books, Singhvi claimed that the Congress was never at odds with Bose. He said the Congress had always welcomed the earlier decisions of the Modi government and the West Bengal government to declassify the files pertaining to Bose.
“But the BJP has just played politics with it. In the last 53 months, the Modi government has only indulged in news plants and nothing adverse has come against the Congress party as perpetrated by them. We still want all the Netaji files be declassified,” he said. (PTI)