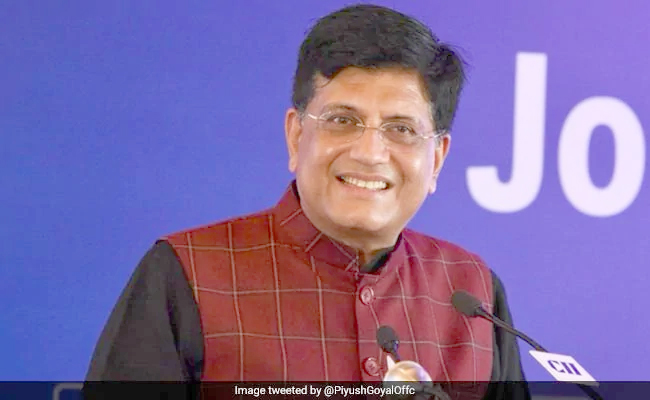 New Delhi, November 21: After the Congress staged a walkout in the Lok Sabha calling electoral bonds a “big scam”, Union Minister Piyush Goyal Thursday said those opposing the new electoral funding system are “corrupt politicians” who don’t want clean money to fund their election campaigns.
“People who are revolting against electoral bonds have grown used to black money and believe in its usage during elections. This is the alliance of the defeated and dejected corrupt politicians who do not want clean, tax-paid transparent money to fund elections,” he said.
“This is the same lobby that had made dubious and wrong charges at the Rafale deal and has been rejected by the people of India. The Supreme Court, too, quashed their false claims,” he added.
Calling the electoral bonds a success, Goyal said it helped in curbing corruption. He added that all the information related to electoral bonds is available in the public domain through RTI.
“Earlier, donations worth Rs 20,000 was allowed in cash. We changed that to Rs 2,000, so that only poor people could help political parties with cash. Honest and clean money has started to come in Indian politics since then,” Goyal said.
“Earlier, there was no record of where the money came from and where it went. The new system will now allow tax-payer’s money with KYC tags to buy bonds,” he added.
He also said that the Centre made sure that whatever money was used in elections by parties came from banks directly.
“By electoral bonds, we have made sure that whatever money is used in election proceedings must come from the bank, through the KYC procedures, and can be issued by selected SBI branches so that the SBI can keep its track,” he added.
Opposition parties, including the Congress, protested in both Houses of Parliament after the matter of electoral bonds was not allowed to be taken up for discussion.
“This is a big scam. The country is being looted. Please allow us to speak,” Congress leader Adhir Ranjan Chowdhury said.(Agencies)