GUWAHATI, October 20: The BJP and its regional allies hope to bag most of the nine Assembly Seats across four northeastern States where byelections will be held on Monday. Rival Congress, on the other hand, is keen on regaining lost ground.
Four of these nine Assembly Seats are in Assam followed by Sikkim with three and Arunachal Pradesh and Meghalaya one each.
The four Seats in Assam – Jania, Rangapara, Ratabari and Sonari – fell vacant after their representatives were elected to the Lok Sabha. In the 2016 Assembly polls, the Congress had won the Muslim-dominated Jania while the BJP had won the other three where Adivasis or “tea tribes” are the decisive factor.
Upbeat about the Congress’s chances in Jania, former Chief Minister Tarun Gogoi hoped the voters would see through the BJP’s neglect of the tea plantation workers in the other Seats. Once behind the Congress, the Adivasis have gravitated toward the BJP over the years.
“The BJP did not field tea garden leaders despite enjoying the community’s vote. They should realise the BJP does not want their community to be politically strong,” Mr. Gogoi said.
The Congress fielded “tea tribe” candidates Kartik Kurmi, Keshab Prasad Rajak and Sushil Suri for the Rangapara, Ratabari and Sonari Seats. The BJP’s candidates – Rajen Borthakur, Bijay Malakar and Nabanita Handique – do not belong to the community.
“The Party matters more than candidates to our supporters,” State BJP president Ranjeet K. Dass said, defending the choice of candidates.
Consensus candidate
In Arunachal Pradesh, the BJP and the Congress brushed their political rivalry aside to back independent candidate Chakat Aboh, also supported by other national and regional Parties, for the Khonsa West Seat.
Ms. Aboh is the widow of Tirong Aboh, who had won the Seat in the Assembly election on a National People’s Party (NPP) ticket. Suspected extremists had gunned him down with 10 others on May 21, two days before the election results were declared.
Ms. Aboh’s sole rival Azet Hamtok is also an independent.
Regional allies in the coalition government have posed more of a challenge for the BJP in Meghalaya than the Congress. For the lone Shella Assembly Seat, which fell vacant after the death of Speaker and former Chief Minister Donkupar Roy, the BJP is up against two coalition partners – United Democratic Party (UDP) and People’s Democratic Front.
What left the BJP leaders red-faced was that the NPP, the largest coalition partner, threw its weight behind UDP candidate Balajied Kupar Synrem.
Test for Sikkim CM
Monday’s bypoll will decide the fate of two heavyweight candidates – Sikkim Chief Minister Prem Singh Tamang, popularly P.S. Golay, of the Sikkim Krantikari Morcha (SKM) for the Poklok-Kamrang Seat and former footballer Bhaichung Bhutia of the Hamro Sikkim Party for the Gangtok Seat reserved for the Bhutia-Lepcha communities.
The SKM has concentrated on Poklok-Kamrang, leaving the other two Seats – Gangtok and Martam-Rumtek to the BJP.
Former Chief Minister and rival Sikkim Democratic Front leader Pawan Chamling said the State might not witness free and fair election. “If people vote without fear and there is no booth-capturing, the Chief Minister will be knocked out,” he said. (Courtesy: The Hindu) 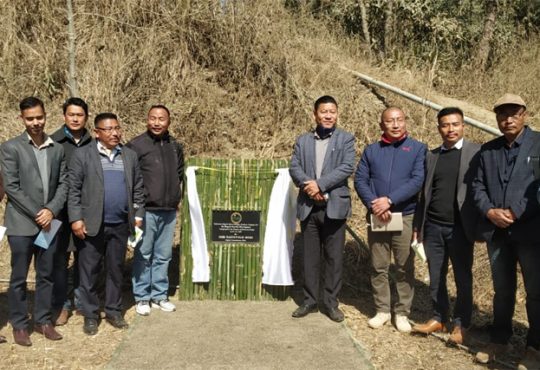