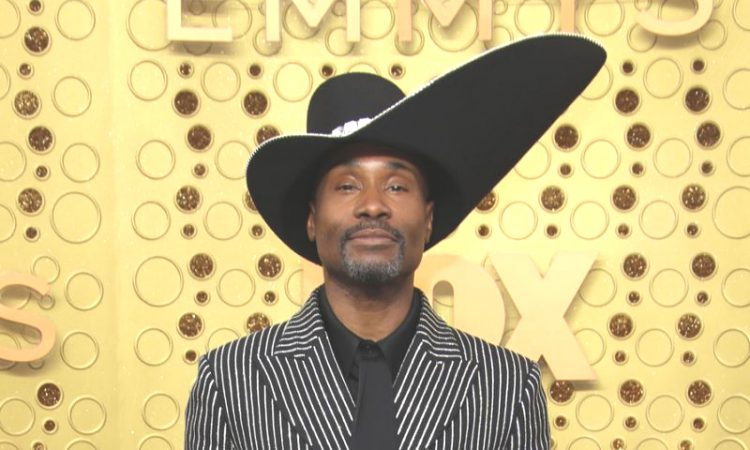 And the category, a jubilant Billy Porter said as he made Emmys history, “is love, y’all, love.”
Porter, known for making fashion statements on red carpets, became the first openly gay man to win an Emmy for best actor in a drama series for his role of Pray Tell on FX’s Pose.
“I am so overwhelmed and so overjoyed that I have lived long enough to see this day,” said Porter, rocking a towering asymmetrical cowboy hat and sparkling striped trousers.
He quoted James Baldwin, speaking on stage of the many years it took of “vomiting up filth that I had been taught about myself and halfway believed before I could walk around this Earth like I had a right to be here.”
Porter added: “I have the right, you have the right, we all have the right.”
As the crowd listened intently, Porter thanked his mother, Clorinda, saying “there’s no stronger, more resilient woman who has graced this earth. I love you mommy.”
He also thanked his show’s co-creator, Ryan Murphy: “Ryan Murphy, you saw me! You believed in us.”
The show, set in the 1980s and 1990s, illuminates New York’s African American and Latino LGBTQ ballroom culture and the houses formed among the dancers and models as they compete for trophies. Porter, who already had Grammy and Tony awards, beat out nominees Jason Bateman, Sterling K. Brown, Bob Odenkirk, Kit Harington and Milo Ventimiglia.
“I gotta breathe” Porter said. “God bless you all. The category is love, ya’ll, love.”
He urged his fellow actors to work for change.
“We are the people. We as artists are the people who get to change the molecular structure of the hearts and minds of the people who live on this planet,” Porter said. “Please don’t ever stop doing that. Please don’t ever stop telling the truth.”