HomeInfotainmentBig B said yes to ‘KBC’ three months after he was approached: Book
Infotainment
2 years agoAugust 14, 2019No tags 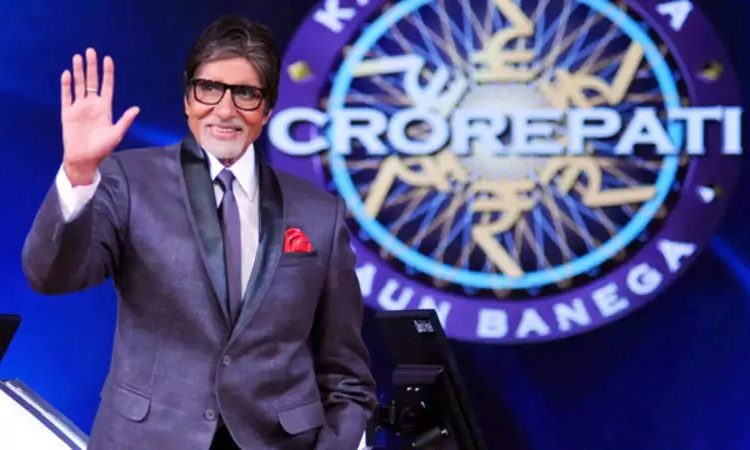 Getting Amitabh Bachchan on board “Kaun Banega Crorepati” was difficult and its team had to take him to London to illustrate what the show was about before he finally signed the deal, three months after he was first approached, says a new book.
After the Star team geared up for KBC in early 2000, it approached Bachchan to host the show but the megastar was ambivalent.
He was the only choice. India’s biggest superstar at that time was 57 and most of his films were not doing well but still, his was a name almost every Indian knew.
In the process of convincing Bachchan, Sameer Nair, Siddhartha Basu, the actor’s agent Sunil Doshi, Deepak Sehgal, Ravi Menon (part of the programming team) and Sumantra Dutta took him to London to illustrate what the show was about.
This episode finds mention in a new book titled “The Making of Star India: The Amazing Story of Rupert Murdoch’s India Adventure” by Vanita Kohli-Khandekar.
The book tells the story of the company that shaped the Indian media and entertainment business.
When Rupert Murdoch, executive chairman of News Corporation, blew up more than USD 870 million buying Star TV from Richard Li in the early 1990s, analysts were dismayed.
More than 25 years later, with revenues of over USD 2 billion, Star India has emerged as one of the country’s three largest media firms.
The narrative in the book, published by Penguin Random House India, is peppered with anecdotes and a cast of characters that include the likes of Rathikant Basu, Peter Mukerjea, Uday Shankar, Sameer Nair and the Murdochs.
The author says that in London, Bachchan spent a full day in Elstree Studios on the sets of the UK version of “Who Wants to Be A Millionaire”, which was being hosted by Chris Tarrant.
He saw for himself the drama, the scale and the involvement the show created.
Siddhartha Basu, who went on to become KBC’s producer and director, says Bachchan was quiet for some time.
“Then he turned to Nair and asked, ‘Can you do it exactly like the Brits?’ Nair turned to Siddhartha. ‘My worry was whether the stakeholders would wrap their heads around what was involved. The technology, the telephone issues and the participants – those were my problems. We used to handle very complex shoots on shoestring budgets. So we could do it but ‘if you give me the resources’, I told Sameer,” the book says.
And Star pulled out all the stops.
Before shooting for the show began at a specially-constructed set at Mumbai’s Film City in June 2000, an estimated 1.2 million calls were received.
“When Bachchan entered the set on the first day of the shoot, all the lights went off. There had been a big technical fault somewhere and all of Mumbai was on the blink. After a wait of three hours the shoot was cancelled. Amitabh thought it was a bad omen,” the book says.
And then on a rainy Monday night on July 3, 2000 at 9 pm, Indian homes tuned in to Star Plus to Bachchan’s baritone announcing, ‘Main Amitabh Bachchan bol raha hoon aur aap dekh rahein hain Kaun Banega Crorepati.’
“The biggest shows then, ‘Amaanat’ and ‘Hasratein’ on Zee and ‘Dastaan’ on Sony, did between nine and 15 on the rating charts. Within the first week, KBC hit a rating of 10. By August that year, it had crossed 18,” the book says.