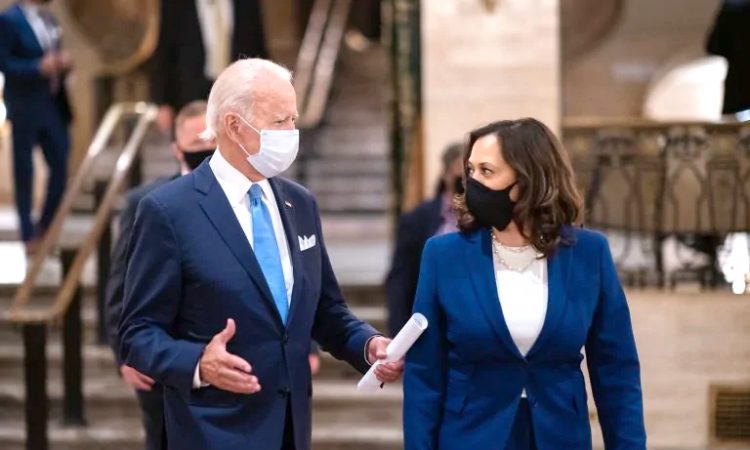 Washington, December 9: US President-elect Joe Biden and his deputy Kamala Harris have reaffirmed advancing racial equity and assembling a diverse White House and Cabinet that represents America as they met with a group of eminent civil right leaders, including Indian-American Vanita Gupta.
Biden, 78, and Harris, 56, are due to take over the reigns of the country on January 20.
They were joined by Congressman Cedric Richmond for the meeting on Tuesday during which Biden thanked the civil rights leaders for their support and counsel over the years and expressed the desire that this was the first of an ongoing relationship with his administration.
They discussed their joint priorities including advancing racial equity across the board, enforcing civil rights, and assembling a diverse White House and Cabinet that represents America, the Biden transition said in a readout of the meeting.
They expressed the need to make sure the public knows the historic nature of many of the president-elect’s diverse nominees and the need to galvanise the community around making sure that the Senate confirms them, it said.
Biden on Saturday said that his administration would be the most diverse than it has ever been both in the Cabinet and inside the White House.
African-American groups have been urging Biden, a Democrat, to nominate one of them among the big four: Secretary of State, Treasury Secretary, Defence Secretary and Attorney General.
Biden on Tuesday announced the nomination of retired Army general Lloyd J Austin as his Defence Secretary. If confirmed by the Senate, 67-year-old Austin would be the first African-American to lead the Pentagon.
Congressman Gregory Meeks, who backs a strong US-India relationship, was last week elected as the next chairman of the powerful House Foreign Affairs Committee, becoming the first African-American to head the Congressional panel that plays an influential role in shaping the country’s foreign policy.
Biden’s economic team includes Janet Yellen as the Treasury Secretary, Indian-American Neera Tanden as the Director of Office of Management and Budget, Wally Adeyemo the as Deputy Secretary of the Treasury, Cecilia Rouse as the Chair of the Council of Economic Advisers, and Jared Bernstein and Heather Boushey as members of the Council of Economic Advisers.
Biden has nominated Antony Blinken as the Secretary of State.
Indian-American Vanita Gupta, who attended the meeting, is the president and CEO of the Leadership Conference on Civil & Human Rights.
Other participants were Melanie Campbell, president & CEO, National Coalition on Black Civic Participation & Convener, Black Women’s Roundtable; Kristen Clarke, president & executive director, Lawyers’ Committee for Civil Rights Under Law; Sherrilyn Ifill, president & director counsel, NAACP (National Association for the Advancement of Coloured People) Legal Defense Fund; Derrick Johnson, president and CEO, NAACP; Marc Morial, CEO, National Urban League and Rev. Al Sharpton, president and founder, National Action Network. (PTI)