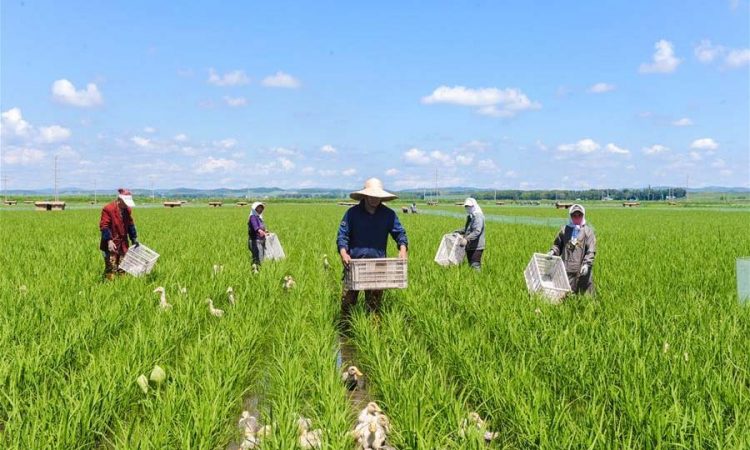 Dimapur, April 16: With agriculture and allied activities allowed to operate in the country during the lockdown, farmers in the Northeast have gone back to their fields while conforming to the precautionary measures as notified by the health department from time to time.
The national lockdown was declared for the first time in India by the Prime Minister from the midnight of 24th March as a measure to combat the spread of COVID-19 in the wake of the spike in positive cases in the country. Economists have predicted that all sectors of the economy will have to bear the brunt of the closure.
According to a PIB release, agriculture was no exception in this regard. With government requiring all citizens to confine themselves to their homes to maintain social distancing, it became inevitable but to accept that the major part of the sowing season would be lost leading to huge loss to the agriculture sector.
Sensing the severity of the situation and the with a view to address problems faced by the farming community, the Government decided to grant relaxation in the nationwide lockdown for activities related to agriculture farming and allied activities on March 27 asking states to ease the difficulties of the farming community during lockdown.
At Chizami village in Nagaland, farmers are seen busy in the picturesque terrace fields. Farmers working in wet terrace fields, preparing the field for sowing and weeding are common scenes in different parts of the village. Farmers in Chizami follow traditional as well as modern methods of cultivation. The hardworking farmers have mastered the difficulty terrain to ensure that they have enough produces at the end of the harvest seasons.
The PIB release said woman farmers of Chizami can be seen preparing paddy nursery, and sowing seeds with the hope of a good harvest this time as well. They also collect snails, small fish and water insects from terrace paddy fields to provide supplementary nutrients for their families.
The hill states of NE are known for their organic produces. Fresh green vegetables are found in abundance in local markets, thanks to the hardworking farmers of the region who, despite the difficult terrain, make possible the best of produces.
At Durtlang in Aizwal, female and male farmers are seen engaged in weeding activities in their farms located in the appealing hill range where they have cultivated various leafy vegetables.
Mixed cropping pattern can be seen practised incorporating cereals, pulses, oilseeds, spices and vegetables at the foothills of Wokha, Nagaland. In the field, woman farmers can be seen nurturing the French beans garden, beautifully carved out of the hill forest.
In Meghalaya, farmers have been working tirelessly in their farms amid the lockdown to make best use of the season to maximize their produce. Kong Blossom Nongrum from Niriang village West Jaintia Hills district is satisfied with the produce that she has been able to extract from her firm. But she was concerned as she has not been able to send her items for sale due to the lockdown. To ease the hardship of the farmers, State Agriculture Minister Banteidor Lyngdoh recently announced that as a temporary measure the State Government will identify some authorized suppliers and shops in Shillong city who will collect the produces and arrange for retail sale.
At Gabil in North Garo Hills, farmers can be seen readying their land for cultivation.
In Assam where the farmers are comparatively better placed due to presence of plain farming areas, farmers like Sri Sanowar Hussain of Shaowpur village in Barpeta district are busy cultivating rice and jute in his own land during the lockdown period by using modern method of cultivation.
With the announcement of national lockdown-2 by Prime Minister Narendra Modi till May 3, it was once again decided by the Central Government that all agricultural and horticultural activities will remain functional to ensure that farmers do not suffer. The announcement has come as a big succor for the farmers of the Northeastern region, which is heavily dependent on agriculture, the release said. (Page News Service)