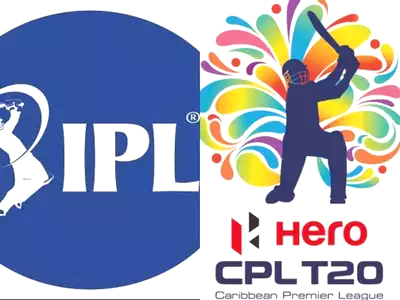 The CPL is scheduled to start on August 28 with the final on September 19, while the remaining part of IPL is likely to be held from September 18 to October 10

NEW DELHI, May 30: The BCCI is trying to convince Cricket West Indies (CWI) to advance the start of the Caribbean Premier League (CPL) by a week or 10 days to ensure a seamless bubble-to-bubble transfer of players for the Indian Premier League’s resumption in the UAE come September.

Suspended midway into its 14th season owing to the Covid-19 pandemic, the BCCI on Saturday approved the resumption of the lucrative IPL in the UAE in the middle of September.
The CPL is scheduled to get underway from August 28 with the final to be played on September 19, while the remaining part of IPL is likely to be held from September 18 to October 10, not leaving the players with any time to settle down.
“We are in talks with Cricket West Indies. We are hoping that if CPL can be finished a few days in advance, it would help in bubble to bubble transfer of all players to Dubai and in time to complete the mandatory three-day quarantine,” a BCCI source, privy to the development, told PTI on Sunday.
If the BCCI and CWI fail to reach an agreement over dates, some of the biggest players could miss the initial few matches or may be the first half of the remainder of IPL 2021.
The big names involved in both the T20 leagues are Mumbai Indians’ five-time IPL-winning all-rounder Kieron Pollard, Chris Gayle, Dwayne Bravo, Shimron Hetmyer, Jason Holder, Nicholas Pooran, Fabien Allen, Keemo Paul, Sunil Narine and Trinidad and Tobago coach Brendon McCullum, who is also at the helm of affairs at Kolkata Knight Riders.
The upcoming edition will be the CPL’s ninth season and will feature some of the format’s biggest superstars from across the world.
The IPL’s resumption was approved during the BCCI’s Special General Meeting on Saturday, less than a month after the league was suspended because of Covid-19 cases in its bio-bubbles.
KKR’s Pat Cummins won’t return for remainder of IPL 2021 in UAE: Report

Kolkata Knight Riders pacer Pat Cummins is set to miss the UAE-leg of the IPL and Cricket Australia needs to make a call if it is prudent to let other Australian players compete in the League and spend more time in mentally tough bio-bubble.
The BCCI on Saturday approved IPL’s resumption in September in the UAE. The organisers were forced to suspend the league earlier this month after multiple cases of COVID-19 were reported inside the bio-bubble.
“Cummins, despite a multi-million dollar IPL contract, has already said he will not return to the T20 tournament this season,” a report in the ‘Sydney Morning Herald’ said.
Cricket Australia will have to factor in the workload and bio-bubble fatigue ahead of the T20 World Cup, scheduled to take place in India in October-November.
The Australian players had to serve a quarantine period upon their arrival back home via Maldives from India due to travel restrictions in the country in the wake of COVID-19 pandemic.
“CA will need to decide whether it’s in the best mental health interests of its players to spend even more time in a bio-secure bubble,” the report said.
“CA could decide the IPL will ensure players are fine-tuned for the World Cup, which could also be held in the UAE,” the report added.
ECB’s Director of Cricket Ashley Giles has already said due to a busy international schedule from June onwards, the English players are unlikely to be available for the remainder of the tournament.
Australia have a tour of the West Indies scheduled from late June ahead of the T20 World Cup, followed by a Test against Afghanistan and the Ashes series.
“The Australians could also have a short tour of Bangladesh in August but that has not been confirmed. However, the Bangladesh board is planning for five Twenty20 matches.”

The currently-suspended IPL saw participation from over 40 Australian cricketers, support staff and broadcasters.
The IPL, which was held in the UAE last season, has 31 matches remaining. (PTI)