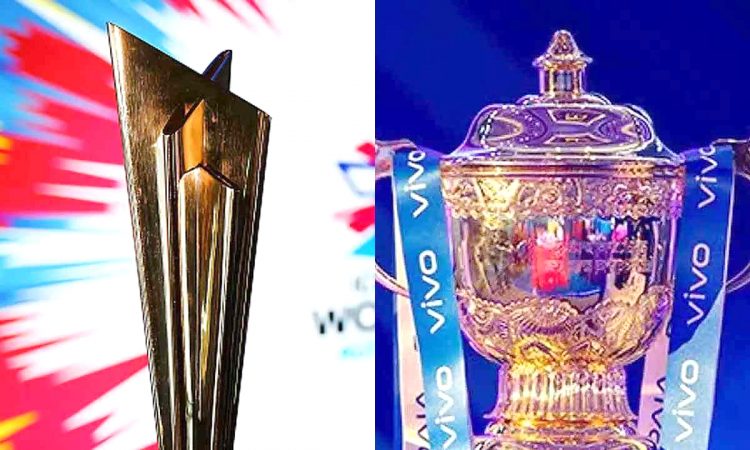 MUMBAI, May 19: The BCCI is “determined to host” the T20 World Cup, scheduled in October-November, in India. That’s how the cricket board will position itself when it meets at the Special General Body (SGM) meeting convened on May 29.

The United Arab Emirates (UAE), considered the most convenient destination if the World Cup has to be shifted at a later stage, will continue to remain ‘Option B’. However, the BCCI will “cross that bridge” only July onwards, depending on the Covid situation in the country.
“Right now, India is the host venue for the World Cup. That’s how the Board is seeing it. If things go awry again, then a call will be taken only after the month of June. And yes, UAE is the second option,” Board sources said.
The SGM will also discuss the rescheduling of the Indian Premier League’s (IPL) remaining 31 matches. The United Kingdom, where the Indian team will be based out of, to play the Test series against England, has remained the top-choice.
The English counties have agreed to the hosting of the IPL, with backing of the England & Wales Cricket Board (ECB) and TOI understands that broadcasters Star too are in favour of the development.
With England, the only setback is the costs involved. “UK is a relatively costlier destination. But on the flipside, the UK government is allowing crowds for sports events. That means, franchises can earn from gate money and that will subsidize costs. As of now, this is how the BCCI is seeing it”, those tracking developments added.
Post June, should the BCCI opt to shift the World Cup outside of India (read: UAE), England will continue to remain the first option for the IPL. “Only if costs are escalating to a point where it starts affecting stakeholders, the BCCI will consider the UAE as the second option for the IPL. On that front, we aren’t even discounting the idea of hosting the IPL in Sri Lanka,” sources add, calling the island country “a friendly cricketing nation”.
One of the major reasons why UK will continue to remain the top choice for the IPL is because, as those in the know say, “BCCI and the ECB are in discussions to tweak the five-Test series. Details of those discussions aren’t public yet. But in whichever manner the ECB agrees to tweak the Test series, they will want the IPL in England because the counties can earn from it. There’ll be a good chance of a quid pro quo”.
The BCCI has steadfastly refused to accept the idea of shifting the World Cup outside of India, even if it means hosting the entire tournament only in one or two cities (Mumbai & Pune) and probably Ahmedabad as a venue for the final.

When it comes to the IPL, all stakeholders are convinced that completion of the tournament – one that was stopped right at the start of this month after 29 matches were played – is of primary importance.
“So, everything will move in that direction. The IPL has to be completed and there is no doubt about it,” sources said.
The BCCI is unlikely to take any other call on domestic cricket, outside of the IPL, at the SGM. (TNN)