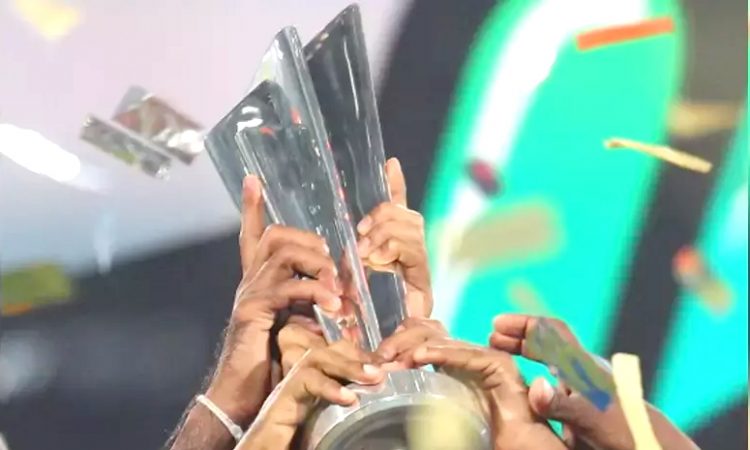 DUBAI, July 19: On hold for the past two months, the fate of this year’s T20 World Cup will be up for a decisive round of deliberation when the International Cricket Council (ICC) board meets virtually on Monday with the Board of
Control for Cricket in India (BCCI) hoping for a postponement to ensure that the Indian Premier League (IPL) can go ahead.
The global event is supposed to be held from October 18 to November 15 in Australia but the country’s cricket board had, in May itself, expressed its inability to host amid a second surge of COVID-19 cases in the state of Victoria.
With India’s coronavirus case-load also exceeding the 10 lakh mark, the IPL, if it is held, is likely to move to the UAE once the central government gives its go ahead.
“The first step was postponement of Asia Cup, which has happened. We can only start to move ahead with our plans after the ICC announces the postponement (of T20 World Cup). They have been sitting on the decision even
after Cricket Australia said that they are not too keen on hosting the event,” a BCCI Apex Council member told PTI on conditions of anonymity.
This year’s T20 World Cup will now likely be held in Australia in 2022 as India doesn’t want to swap its hosting rights for the 2021 edition with Cricket Australia as of now.
That Australia won’t be hosting the mega event was clear after the cricket board told its players to prepare for a white-ball series against England scheduled for late September.
CA has even announced a 26-strong preliminary squad for that tour.
The ICC, on its part, has maintained that it wants to explore all possible “contingency” options before taking a call of such immense magnitude. And it is not unusual for the governing body to wait this long.
“Pakistan was supposed to host the Champions Trophy in 2009. After the terrorist attacks on the Sri Lankan team bus, everyone in their proper senses knew that PCB will never host a big event in distant future,” said a source familiar with the functioning of the ICC.
“Yet, ICC deputed its employees in Pakistan for months when South Africa was already preparing to host the event. Everyone knew but a formal announcement of shift took months as threat assessment was part of protocol.
“The ICC couldn’t have just postponed (the T20 World Cup) immediately, as initially the top ministers of the Australian government expressed keenness to host,” he added.
The Pakistan Cricket Board has also resigned itself to this outcome after vehemently opposing the Indian board.
The postponement of Asia Cup, which was supposed to be hosted by the PCB, to 2021 was a big blow to Ehsan Mani and his team.
“We have had a lot of discussions and the feeling is it (T20 World Cup) would not be possible this year. ICC has World Cups lined up in 2021 and 2023, so we have a gap-year (2022) where we can adjust this event,” Mani had recently said while talking to reporters in his country.
It has been learnt that PCB is contacting other boards in the hope of finalising some bilateral engagements as the national team has nothing lined up after its England tour.
Nomination process for ICC chairman’s election
The other issue that is likely to come up for discussion in Monday’s meeting is the nomination process for the next independent chairman of the ICC after Shashank Manohar’s resignation earlier this month.
It is learnt that there is no consensus on what should be the criteria in case multiple candidates join the fray.
“The board is not united on whether the usual 2/3rd majority to decide will be used (as its in case of policy decision) or the case of simple majority among the 17 board members,” an ICC Board member said.
England and Wales Cricket Board’s Colin Graves was considered the top contender, with BCCI president Sourav Ganguly’s name also being floated.
Ganguly’s candidature will certainly depend on whether the Supreme Court waives off the cooling-off period and allows him to continue as BCCI president beyond July 27, when he completes six years as an office-bearer in the Indian board’s state and national units.
When asked about the possibility of taking up the ICC job in a recent interview, the 48-year-old said he is young and and in no hurry for the position.
New Zealand’s Gregor Barclay and Hong Kong’s Imran Khawaja, who is currently the interim chairman, are also being talked about as potential candidates. (PTI)