HomeNagalandBBBP to be celebrated at Mon
Nagaland
2 years agoJanuary 18, 2019No tags

Dimapur, January 18: Mon Deputy Commissioner, Thavaseelan K, IAS has informed that Beti Bachao Beti Padhao (BBBP) week would be celebrated throughout the country from January 21 January to 26. With the rest of the country, Mon District Administration will be celebrating the BBBP week.
To generate awareness about BBBP Campaign, there will be several awareness programmes in Mon district and all the subdivisions throughout the week. In the district headquarter, there would be a public rally in support of the campaign on January 22. Self defence classes for women will be organised for Wangkhao College girl students later in the day.
On January 23, street plays and flash mobs will be performed in different parts of Mon Town. On January 24, National Girl Child Day will be celebrated from the DC office. Besides this, ‘a Father Daughter Selfie’ competition has been organised for residents of Mon Town
Applicants from Mon District are to Whatsapp 3 (three) selfies of father and daughter on three separate days between January 21 to 25. Name of father and daughter along with contact details need to be mentioned. Three lucky winners will be invited to the Deputy Commissioner’s Office on January 28 to receive the prizes. The first prize is Rs 4000, 2nd prize-Rs 3000 and 3rd prize-Rs 2000.
The DC informed that one may sent the pics to Whatsapp contact number- 9402683277. .3
(Page News Service) 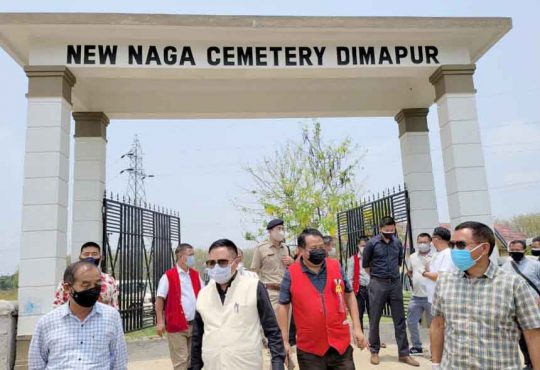