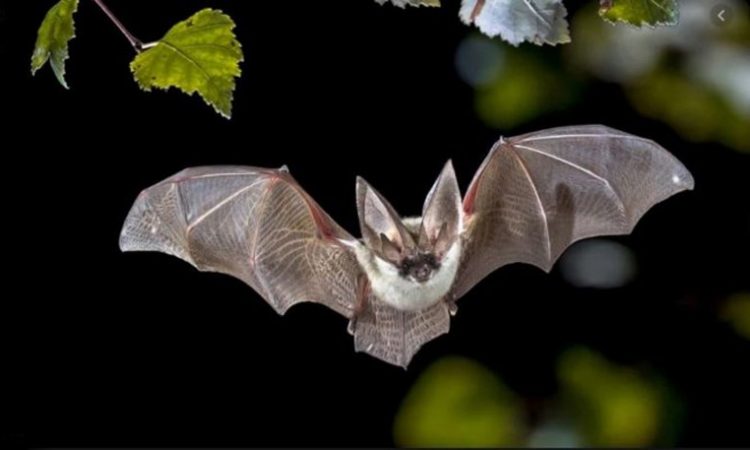 NEW DELHI, November 1: Bats in some parts of Nagaland may harbour filoviruses, a family of viruses that includes the Ebola and Marburg viruses, putting people who hunt them at the risk of contracting deadly diseases, according to a recent study.
The researchers, including Ian Mendenhall from Singapore as well as Pilot Dovih and Uma Ramakrishnan from Bangalore’s National Centre for Biological Sciences, analysed the blood serum samples from bats hunted by people in Nagaland’s Mimi village.
The results of the study, published in PLOS Neglected Tropical Diseases on Thursday night, revealed that some bats sampled in the study may have been exposed to filoviruses as they found antibodies (proteins reactive to specific parts of an infective agent) in the serum taken from the bats.
“In the Northeast Indian state of Nagaland, local ethnic groups have conducted bat harvests for at least seven generations as a source of food and traditional medicine. These bat hunters are exposed to saliva, blood, and excreta from the bat species Rousettus leschenaultii and Eonycteris spelaea,” the researchers wrote in the study.
The study calls for better community-based monitoring of bats in specific regions to prevent an epidemic outbreak in the future.
“We report the presence of filovirus (eg ebolavirus, marburgvirus and dianlovirus) reactive antibodies in both human (eg bat hunters) and bat populations in Northeast India, a region with no historical record of Ebola virus disease,” the researchers wrote in the study.
Five of the 85 human serum samples taken from the villagers contained antibodies, they said. This meant there was evidence of immune reaction against three different filoviruses, they explained.
“We have antibodies in the bats that react against three different filovirus surface proteins – these are the part of the virus against which most antibodies are made,” study co-author Ian Mendenhall from the Duke-National University of Singapore told PTI in an email interview.
“One is most likely Mengla virus, described earlier this year from a site in China 800 kilometres away, and in one of the same bat species in the harvest. The other two filoviruses are probably unknown,” he added.
However, the researchers said that they did not detect evidence of the filoviruses themselves.
Mendenhall reasoned that this could either be due to the bat sample size in the study being small, due to a weak presence of the virus in the serum, or high genetic diversity of the filovirus family that is not captured by the tests employed.
It is unknown if these viruses are pathogenic or if they are present in the bats without causing any symptoms, he added.
“We are continuing our studies in this region to better understand their risk to public health,” he said.
The researchers said some factors prevented filovirus disease outbreaks in Asia. These included ecological barriers that prevented transmission of these viruses from animals to humans, the viruses being unable to sustain transmission between humans, or the presence of diverse, closely related filoviruses that cause infection without symptoms in humans.
However, Mendenhall cautioned that any increase in bat-human contact can increase the risk of an infectious disease crossing over to humans.
He said this may happen through changes in the landscape where humans and bats cohabit, leading to increased interactions with humans, or through amplifying hosts like livestock or other wildlife.
“This was seen in the SARS Coronavirus outbreaks in Hong Kong and Guangdong Province China and the Nipah virus outbreak in Malaysia in 1999,” he told PTI.
The researchers cautioned that any contact infected bats may have with wild animals provides an opportunity for these viruses to jump the species barrier and start infecting new animal populations — a phenomenon that researchers call a spillover infection.
However, Mendenhall said the incidence of this is incredibly rare “as one requires a virus that encounters a susceptible host (e.g. a human – ecological barrier), is able to replicate in it (cellular barrier as it needs the right cellular receptor), and it needs to be transmitted from human to human (epidemiological barrier)”.
He said that it is still unknown if there is any increased risk of filovirus spillover in India since there is no evidence of a past outbreak in South Asia and Southeast Asia.
Ebola and Marburg viruses are known to cause severe hemorrhagic fevers which affects many organs and damages the blood vessels, killing more than 50% of people they infect. (PTI)