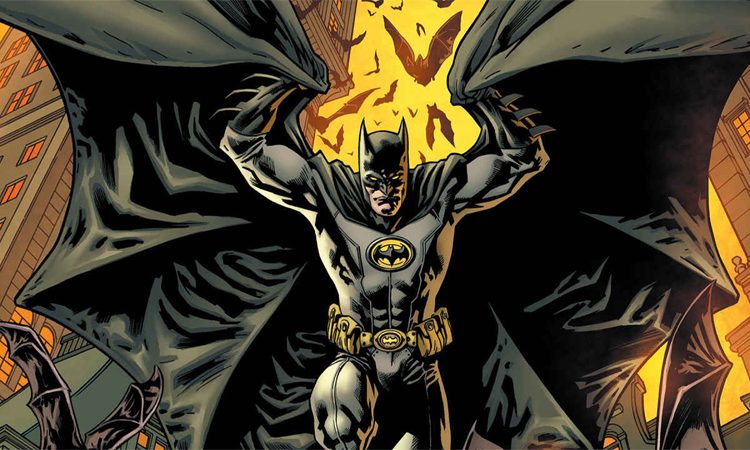 This year, Batman Day, the fifth year of celebrating the Dark Knight, falls on September 21. Festivities include shining the iconic ‘Bat Signal’ in major cities such as Tokyo, Paris, Berlin and New York, and even Batman-themed marathons, comic giveaways and so on.
80 years after Batman first appeared in Detective Comics (DC) in May 1939, and with the Joker movie release less than two weeks away, we thought it would be interesting to take a look at some favourites in the colourful rogues gallery Batman has tangled with.
Selina Kyle aka Catwoman is not included as she is Batman’s enduring love rather than deranged adversary.. wouldn’t you agree?
The Joker
A hero is as powerful as his enemy and The Joker made his debut with in the first Batman comic in 1940. Whether falling into a vat of chemicals drove him insane or not, the clown prince of Gotham is dedicated to anarchy and his deadly pranks are directed at destabilising the existing order. In film he has been played by Jack Nicholson in Tim Burton’s Batman (1989), Heath Ledger in Christopher Nolan’s The Dark Knight (2008), Jared Leto in The Suicide Squad (2016) and Joaquin Phoenix in Joker releasing on October 4 this year. Why so serious?
Harley Quinn
Agatha Christie’s Harley Quin helped lovers. In Batman’s world however, she is the Joker’s lover and partner in crime. A psychiatrist, Dr Harleen Frances Quinzel, who falls in love with Joker when he is incarcerated at Arkham Asylum, Harley made her debut in Batman: The Animated Series in September 1992. Margot Robbie’s Harley is the only sparkling light in the otherwise disastrous The Suicide Squad.
Scarecrow
Played by Cillian Murphy in Nolan’s Batman trilogy, this Master of Fear experiments with toxins and drugs to explore people’s deepest fears and phobias. First appearing in World’s Finest Comics #3 in September, 1941, Scarecrow was a friendless, awkward psychology professor, Jonathan Crane, who used his intelligence and chemical experiments to unleash a reign of terror on Gotham.
Poison Ivy
In today’s world, rife with environmental problems, the botanist-turned eco terrorist Pamela Isley/ Poison Ivy is not really an arch villain. First appearing in June 1966, Poison Ivy cares for the environment and probably the freak lab accident turned her mind and made her seek extreme measures to save the planet. Uma Thurman was slinky and sexy as Poison Ivy in Joel Schumacher’s contentious Batman & Robin (1997).
The Riddler
“Riddle me this, riddle me that, who is afraid of the big black bat?” demanded Jim Carrey’s Riddler in Schumacher’s Batman Forever (1995). Even though producer Burton hated the name of the film, and the nipples on the bat suit face a lot of flak, Batman Forever was a huge success. A genius-level intellect and a fascination for riddles and puns, the flamboyant Riddler/ Edward Nygma first appeared in October 1948. With his lateral thinking, ability to create puzzles, engineering and technical expertise, the Riddler will surely thrive in our digital age.
Two-Face
Poets and philosophers have long known that we have two faces — one for the public and one for ourselves. Before he was Two-Face, he was the ‘White Knight’, district attorney Harvey Dent. After mobsters threw acid on his face disfiguring it, he decides to walk the wicked path. First appearing in in Detective Comics #66 in August 1942, Two-Face’s obsession with duality and binary values makes him a shoe-in for our world driven by zeroes and ones. In film, Tommy Lee Jones played Two-Face in Batman Forever while Aaron Eckhart did the honours in The Dark Knight.
The Penguin
Danny De Vito’s Penguin in Burton’s Batman Returns (1992) is abandoned by his socialite parents and decides to avenge himself on the world that rejected him. The comic book character who first appeared in December 1941, is different from most of Batman’s enemies in that he is sane; just a regular criminal mastermind. Considering himself a gentleman with a suit, monocle and cane, the Penguin or Oswald Cobblepot runs the Iceberg Lounge, a nightclub which Batman occasionally uses to source information of criminal activities.
Ra’s Al Ghul
Yet another eco-terrorist, Ra’s Al Ghul believes the way to achieve balance in the world is by eliminating most of humanity, usually with a biological weapon. He leads the League of Shadows and thanks to the Lazarus Pits has lived and honed his skills for a long time. His name translates from Arabic to “head of the ghoul” and the character first appeared in June 1971. In Batman Begins, Liam Neeson (after mentoring Obi Wan Kenobi in the execrable The Phantom Menace) plays Ra’s Al Ghul, mentoring Batman as he trains with the League of Shadows, before revealing his evil plans.
Bane
A relatively younger super villain, Bane first appeared in January 1993. Born and raised in a prison, Bane becomes a super soldier thanks to a steroid, venom. Many saw Bane’s (Tom Hardy) shut down of Gotham in The Dark Knight Rises (2012) as echoing the protests in the real world. A skilled fighter and brilliant strategist, Bane is the only one to have bested Batman.
Mr Freeze
Arnold Schwarzenegger as Mr Freeze in Batman & Robin had all the cheesy lines. A cryogenics expert Dr. Victor Fries becomes Mr Freeze after yet another lab mishap. Thanks to the accident, Fries body temperature is lowered and he needs to wear a cryogenic suit to survive. Brilliant scientists need to steer clear of laboratories in Gotham.