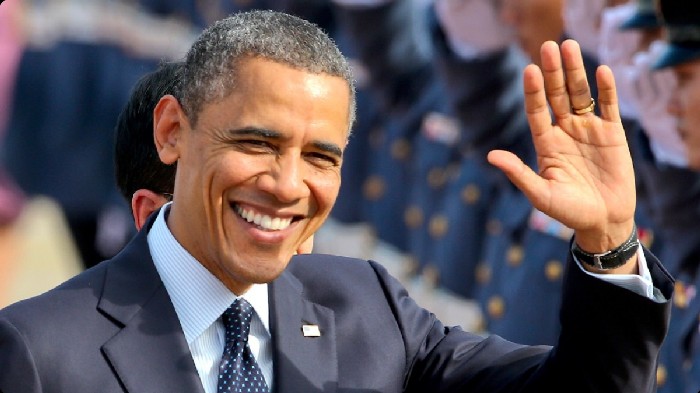 Former US president Barack Obama has unveiled the list of his favourite movies and TV shows from 2019. Obama’s eclectic choices range from sports to mob dramas to comedies. Ford v Ferrari, The Irishman, Marriage Story, Parasite, Little Women, Booksmart and others made to his list.
Obama also picked American Factory. The documentary, helmed by Steven Bognar and Julia Reichert, is a project from Higher Ground Productions, owned by Barack and Michelle Obama.
The full list also includes Amazing Grace, Apollo II, Ash is Purest White, Atlantics, Birds of Passage, Diane, The Farewell, Just Mercy, The Last Black Man in San Francisco, The Souvenir and Transit.
Obama tweeted the image of the list with the caption, “Next up are my favorite movies and TV shows of 2019. Of course, there’s also American Factory, a film from our own production company, Higher Ground, that was recently shortlisted for an Oscar. Here’s the full list.”
Obama also listed his favourite TV shows of the year. Fleabag season 2, Unbelievable and Watchmen made it to the list. Regina King, who played the primary protagonist Angela Abar/Sister Night in HBO’s Watchmen, posted a GIF showing Obama wiping his tears while quoting his tweet and wrote, “How you feel when your show makes your favorite President’s “list of favorites”.”