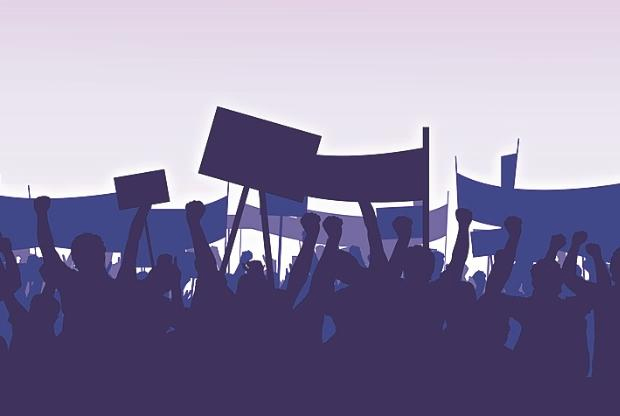 New Delhi, May 29: The two-day nationwide strike called by employees and officers of various state-run banks from May 30 (Wednesday) to May 31 (Thursday) is likely to hit banking operations.
The strike may hit ATM services badly as monthly salary credits are expected on Thursday. Though online transaction will not be impacted, ATM closures could affect cash withdrawals.
Bank unions have called for a strike to protest a nominal 2% wage hike offered by the Indian Banks’ Association (IBA). In the wage negotiation meeting held on May 5, 2018, IBA made a propositions to offer 2% hike in the wage bill cost as on March 31, 2017.It also maintained that the negotiations on officers demands would be restricted up to scale III officers only.
As per further reports, ATM guards are also expected to participate in the strike. Hence, even if banks replenish ATMs with third party, the security of the ATMs can not be ascertained, impacting the cash withdrawals.
Banks, however, have said that they will replenish the ATMs before employees go on strike to make sure that ATMs don’t go dry. Banks have also reiterated that online transactions will continue to work even as employees go on strike.
United Forum of Bank Unions’ convener Devidas Tuljapurkar said that in the last two-three years, bank employees have worked tirelessly for implementation of government initiatives such as Jan-Dhan, demonetisation, Mudra and Atal Pension Yojana, among others.
In the last wage settlement, which was for the period November 1, 2012 to October 31, 2017, IBA had give a wage hike of 15%. Bank employees have organized a demonstrations on May 29 at State Bank of India branch main branch in Mumbai.
UFBU is an umbrella body of nine unions, including All India Bank Officers’ Confederation (AIBOC), All India Bank Employees Association (AIBEA) and National Organisation of Bank Workers (NOBW). (Agencies)