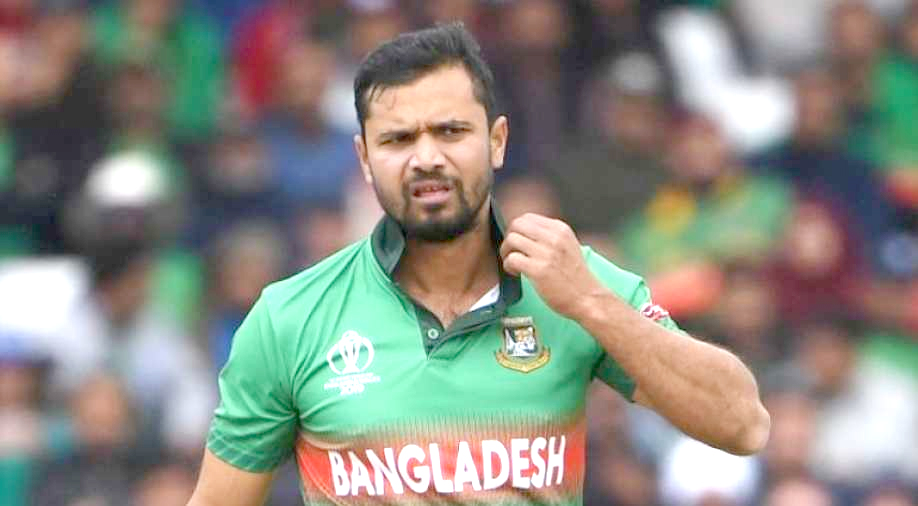 Dhaka, August 17: Bangladesh one-day international cricket skipper Mashrafe Mortaza has asked for two months to confirm his retirement plans, officials said Saturday.
He was expected to confirm his retirement thoughts after the recent World Cup in England and Wales where he claimed just one wicket in eight matches.
The 35-year-old seamer missed the latest Sri Lanka tour last month — which the Tigers lost 0-3 — due to hamstring injury and is facing a long absence from international cricket as Bangladesh are not scheduled to play any ODIs until June next year.
Bangladesh Cricket Board (BCB) last week said they were planning to host a one-off ODI sometime in September against Zimbabwe to organise a farewell for Mashrafe.
Zimbabwe will be visiting Bangladesh next month to play a tri-nation Twenty20 tournament involving the hosts and Afghanistan.
But the plan has been shelved following Mashrafe’s meeting Saturday with board officials.
“He sought two months to make his final decision and we said that is fine,” BCB president Nazmul Hassan told reporters.
The veteran made his Bangladesh debut in 2001 and played 36 Tests bagging 78 wickets before injuries pushed him to retire from the long-format game in 2009.
Dubbed the Narail Express” by his fans, after his birthplace, Mashrafe retired from international T20s in 2017 but kept playing 50-over ODIs despite multiple major surgeries on his knee.
He entered politics last year and won a seat as a member of parliament in the general election.
He has also been running the Narail Express Foundation charity which donates ambulances to hospitals and seeds to poor farmers. (AFP)