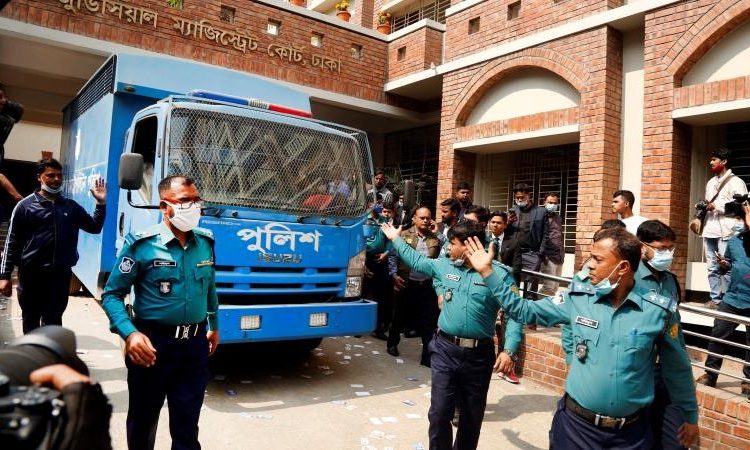 Dhaka, February 10: A special anti-terrorism tribunal in Bangladesh on Wednesday sentenced to death eight Islamic militants, including a sacked military officer, for killing a publisher of books on secularism and atheism at his office in 2015.

Islamist militants hacked to death publisher Faisal Arefin Dipon, the owner of Jagrity Publishers, at his office at central Dhaka’s Shahbagh area on November 31, 2015. Anti-Terrorism Special Tribunal Judge Mohammad Mojibur Rahman announced the sentence as six of eight convicts, all belonging to outlawed Ansar Al Islam terrorist group, also known as Ansarullah Bangla Team (ABT), were present in the court.
The trial proceedings suggested that sacked Major Ziaul Haque mastermind the murder but he along with another convict were tried in absentia as they continued to be on the run amid a massive police manhunt to arrest them.
“They will be hanged by neck until their death,” the judge said.
The judge said he reached his conclusion that the convicts deserved the verdict for their involvement in committing the “heinous crime” while the prosecution could prove the charges against them.
On the same day they attacked Dipon, the militants in a separate clandestine assault, stabbed and shot two other writers and a publisher though they survived the attack.
Dipon was the publisher of books by Bangladeshi-American writer and blogger Avijit Roy, who was also hacked to death in the same year.
Prosecution lawyers said the six convicts earlier confessed to their involvement to the murder of Dipon.
Witnesses said shortly ahead of delivery of the judgment, the six militants were escorted to the courtroom and they were wearing bullet proof jackets and steel helmets as part of security measures. Additional security forces were deployed to guard the court complex in the old part of Dhaka.
The convicts were quickly whisked away to a prison van to be taken to the jail after the verdict was delivered.
Bangladesh had witnessed an alarming rise of militant activities in 2015 when four “atheist” bloggers were murdered with authorities attributing the attacks to homegrown terrorists while Islamic State at that time had claimed responsibility for three attacks.

A 2016 cafe attack was the worst of the militant assaults when 22 people, including 17 foreigners, were killed, sparking a global uproar while a court subsequently sentenced seven of the eight suspects to death.
But it prompted the South Asian country with Muslim majority population to virtually declare a total war against Islamists engaging Army, paramilitary and elite police units that saw a series of countrywide raids on militant hideouts and deaths of dozens of extremists.(PTI)