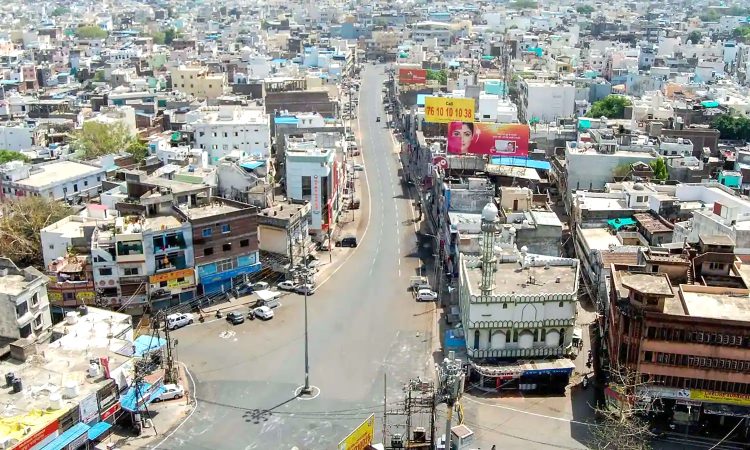 Dhaka, April 5: Bangladesh on Monday clamped a week-long nationwide lockdown, suspending public transport and shutting markets to combat the surge in coronavirus cases in the country, amidst demonstrations by small business owners against the move.

According to a government circular issued on Sunday, the directives will remain in effect from 6 a.m. of April 5 till 12 midnight of April 11, the Dhaka Tribune reported.
People have been asked not to move out from their homes from 6 p.m. to 6 a.m., the report said.
The decision was taken in light of the current situation in the country where the rate of infections and deaths have increased in recent weeks. The government has said that they are increasing the number of COVID-19-designated hospitals and ICU beds to deal with the rising number of patients, it said.
Bangladesh has registered 7,087 fresh COVID-19 cases, taking the tally to 637,364, in the last 24 hours until Sunday which is the highest number of infections since the start of the pandemic, the United News of Bangladesh reported.
Besides, the deaths due to coronavirus rose to 9,266 with 53 news fatalities during this period. The mortality rate fell to 1.45 on Sunday from Saturday’s 1.46%.
All public transport services (roads, river, railway and domestic flights) were suspended and only emergency services remained operational.
However, all government/non-government/autonomous offices, courts and private offices will be able to facilitate the commute of their employees to work using their own transport on a limited scale.
Thousands of people left Dhaka on Sunday fearing getting trapped during the lockdown. Most of the people who left were unemployed or in poverty.
Many shop owners and employees have, however, taken to the streets protesting the government’s decision to shut down all shopping malls and markets during the weeklong lockdown, the Dhaka Tribune reported.
Several hundred traders staged their demonstrations in Dhaka’s New Market area blocking the road.
This the second time lockdown has been imposed in Bangladesh. The country earlier imposed a 66-day lockdown from March 26 to May 30 last year when a nationwide holiday was also enforced.
Prime Minister Sheikh Hasina urged people to help curb the spread of the virus in a speech in Parliament.
I know everyone will face difficulties. Despite this, I say lives should be given preference over everything, Hasina said Sunday.
Hasina has sought everyone’s cooperation to combat the ongoing second wave of the Covid-19 pandemic in Bangladesh.

Speaking on the new strain of coronavirus in the country, the premier said: The damage done by the new virus variant is hard to detect right away. One’s condition worsens suddenly. For this, we have to be careful.” (PTI)