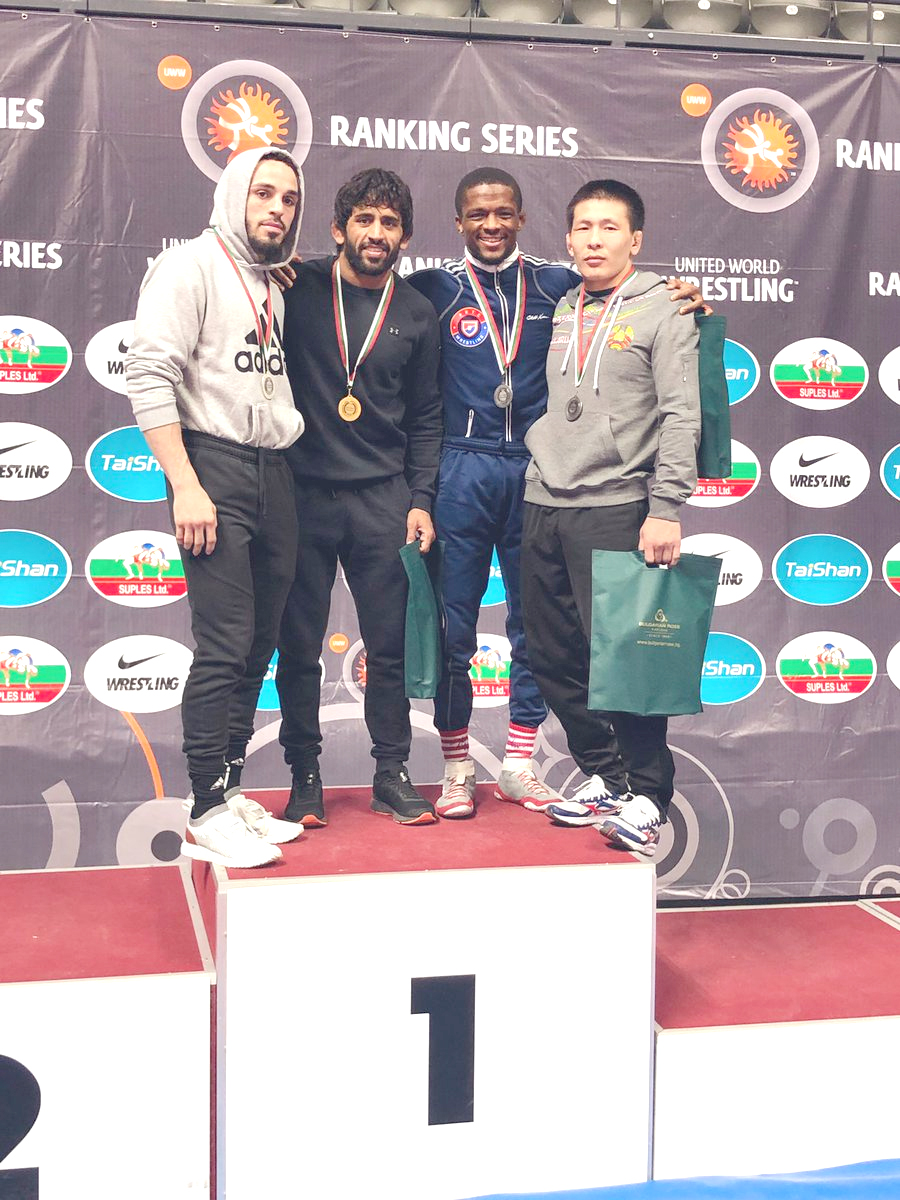 NEW DELHI, March 3: India’s star wrestler Bajrang Punia has won the gold medal at the Dan Kolov-Nikola Petrov tournament in Ruse, Bulgaria and dedicated the victory to Indian Air Force (IAF) Wing Commander Abhinandan Varthaman.
Punia, a World Championship silver medallist, overpowered Jordan Oliver of USA 12-3 in the men’s 65kg freestyle final to begin the season on a resounding note in the Bulgarian city.
However, Asian Games gold medallist Vinesh Phogat lost her women’s 53kg final to China’s Qianyu Pang 2-9 to settle for a silver on her debut in the United World Wrestling ranking series, which is also her first tournament since moving from the 50kg category.
Down 0-3 before scoring 12 straight points, Punia also secured the maximum ranking points from the tournament.
“I want to dedicate my gold to Wing Commander Abhinandan Varthaman. He has inspired me. I want to meet him one day and also shake hands with him,” Punia tweeted after his victory. (PTI)