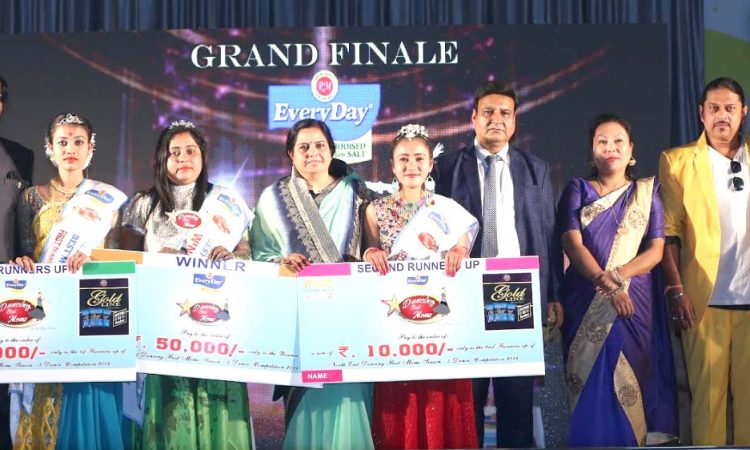 Babli Bhattacharjee of Guwahati, Assam emerged as the winner of the 5th Season of Dancing Best Moms, the finale of which was held on January 25 at IMC Hall, Dimapur in the presence of the Basu Damani, General Secretary of NDPP, and former Miss Nagaland Marina Kiho, as special guests. Activist Abeu Mero was the guest of honour.
Bhattacharjee walked away with a cash prize of Rs 50,000. Dipshika Deka and Khoda Mona were declared as the first and second runners-up respectively. Deka, who hails from Guwahati, Assam, received a cash prize of Rs 20,000 and Mona of Arunachal Pradesh received a cash prize of Rs 10,000.
Organised by Murti Films Creations (MFC) and supported by EveryDay Salt, the dancing contest was the brainchild of actor Munna Yadav, the proprietor of MFC, to create a platform for married women with talents, which got the support of Naresh Jain of EveryDay Salt and the first season was designed. The success of the first season resulted in four more consecutive seasons, covering all the states of North East India.
The fifth season was hosted by Joyoshree Malakar and was judged by Shankar Kalita and Sonu Choudhury.
According to Jain, it has gotten bigger and more popular with each new season, and besides the cash prize and other goodies that the winners and participants of the contest are entitled to, they also stand a chance to get featured in the yearly calendars published by EveryDay Salt.