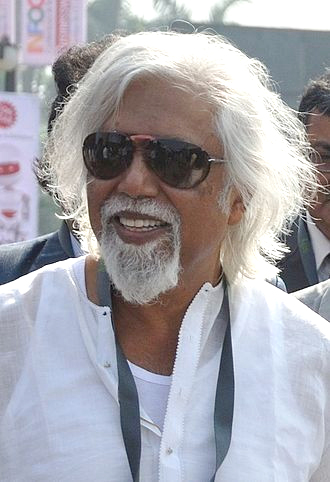 NEW DELHI, SEPTEMBER 1: Aveek Sarkar, the Editor Emeritus and Vice Chairman of the Ananda Bazar Group of Publications, has been elected Chairman of Press Trust of India, the country’s premier news agency.
Sarkar’s election was ratified by PTI’s Board of Directors at their meeting on Saturday. He succeeds Vijay Kumar Chopra, Chief Editor of the Punjab Kesari Group of newspapers.
Sarkar, 75, started training as a journalist while he was a student, just out of school. After graduating from the University of Calcutta, he went to Britain where he came under the tutelage of the legendary Editor of The Sunday Times, Sir Harold Evans. He was schooled in journalism by such iconic figures as Edwin Taylor in design and Ian Jack in sub-editing
As Chief Editor of the Ananda Bazar Group, Sarkar was the moving force behind the transformation of the group’s publications, which include Bengali language daily Anandabazar Patrika and English daily The Telegraph, both of which he personally edited.
In addition, the Calcutta-based group also runs 6 television news channels in various languages, of which the most prominent is the Hindi-language ABP News. The group also publishes a large number of magazines.
Sarkar is a man of varied interests and counts books, food, wine and art among his principal loves. He is a fitness fanatic and spends almost 2 hours every day on yoga, weights and rowing. He was captain of the Royal Calcutta Golf Club (RCGC) for 10 years.
He was the founding Managing Director of Penguin India, the Indian counterpart of Penguin Books, the founding Editor of Business Standard and also the pivotal figure behind the acquisition of STAR News by the ABP Group in 2003.
Besides Sarkar and Chopra, the PTI Board members are Vineet Jain (Times of India), N Ravi (The Hindu), Viveck Goenka (the Express Group), Mahendra Mohan Gupta (Dainik Jagran), KN Shanth Kumar (Deccan Herald), Riyad Mathew (Malayala Manorama), MV Shreyamskumar (Mathrubhumi), R Lakshmipathy (Dinamalar), Hormusji N Cama (Bombay Samachar), Praveen Someshwar (Hindustan Times), Justice RC Lahoti, Deepak Nayyar, Shyam Saran and JF Pochkhanawalla.
(Courtesy: TT & Agencies)