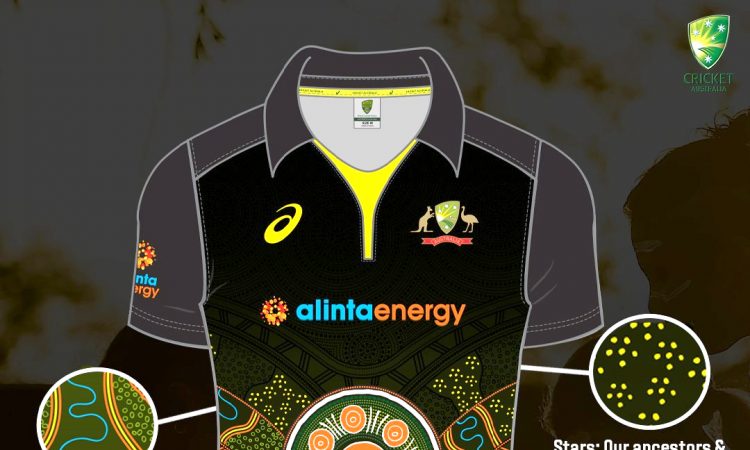 MELBOURNE, November 11: The Australian men’s cricket team is set to wear specially-designed Indigenous shirts in the upcoming T20 series against India, a move aimed at recognising and encouraging the Indigenous Australians’ role in the sport.
Cricket Australia on Wednesday unveiled the design, a collaboration between manufacturer ASICS and two Indigenous women, Aunty Fiona Clarke and Courtney Hagen.
“Clarke is a direct descendent of late cricketer ‘Mosquito’ Couzens (known as Grongarrong), one of the Aboriginal players who toured England in 1868 as part of the first sporting team from Australia to play abroad,” cricket.co.au reported.
The design is an ode to the ancestors and past, present and future aboriginal cricketers.
The Australian men’s team, thus, will be following their women counterparts, who first wore an Indigenous shirt of their own in a match against England earlier this year.
Australia premier fast bowler Mitchell Starc, who displayed the first look of the jersey, said he was excited about sporting the new shirt.
“…it’s really exciting to have the chance as a men’s team to wear our first Indigenous jersey,” he was quoted as saying by the website.
India’s tour of Australia will begin with three ODIs starting November 27 in Sydney, followed by three T20 Internationals and four Tests.
The T20 series will begin at Manuka Oval on December 4. (PTI)