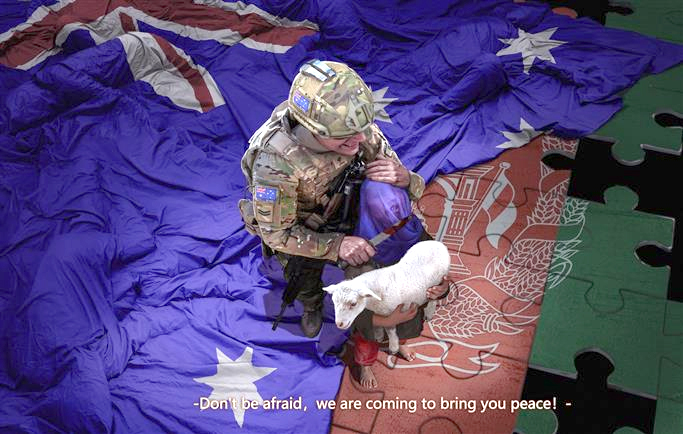 SYDNEY, November 30: Australia’s prime minister said a fake image of an Australian soldier posted on a Chinese official’s Twitter account was “truly repugnant” and
Canberra was demanding it be taken down, amid deteriorating relations between the two countries.
Scott Morrison called a media briefing to condemn the posting of the image, which depicted an Australian soldier holding a knife to the throat of an
Afghan child, and said Canberra was seeking an apology from Beijing.
The Australian government has asked Twitter to remove the tweet, posted on Monday by China’s foreign ministry spokesman Zhao Lijian, Morrison
said.
“It is utterly outrageous and cannot be justified on any basis,” Morrison said.
“The Chinese government should be utterly ashamed of this post. It diminishes them in the world’s eyes.”
Australia’s relationship with China has deteriorated since Canberra called for an international inquiry into the origins of the coronavirus pandemic.
Earlier this month, China outlined a list of grievances about Australia’s foreign investment, national security and human rights policy, saying
Canberra needed to correct its actions to restore the bilateral relationship with its largest trading partner.
Morrison said countries around the world were watching how Beijing responded to tensions in Australia’s relationship with China.
In the latest in a series of trade sanctions, China announced on Friday it will impose temporary anti-dumping tariffs of up to 212.1% on wine imported
from Australia, a move Canberra has labelled unjustified and linked to diplomatic grievances.
Australia has told 13 special forces soldiers face dismissal in relation to an independent report on alleged unlawful killings in Afghanistan, the head of
the country’s army said on Friday.
Zhao wrote on Twitter: “Shocked by murder of Afghan civilians & prisoners by Australian soldiers. We strongly condemn such acts, & call for holding
them accountable.”
His Twitter account had posted the same message, but without the fake image of the soldier and child, on Friday.
Morrison said Australia had established a “transparent and honest” process for investigating the allegations against the accused soldiers and this “is
what a free, democratic, liberal country does”.
Australia had “patiently sought” to address tensions in the relationship with China and wanted direct discussion between ministers, he said. (Reuters)