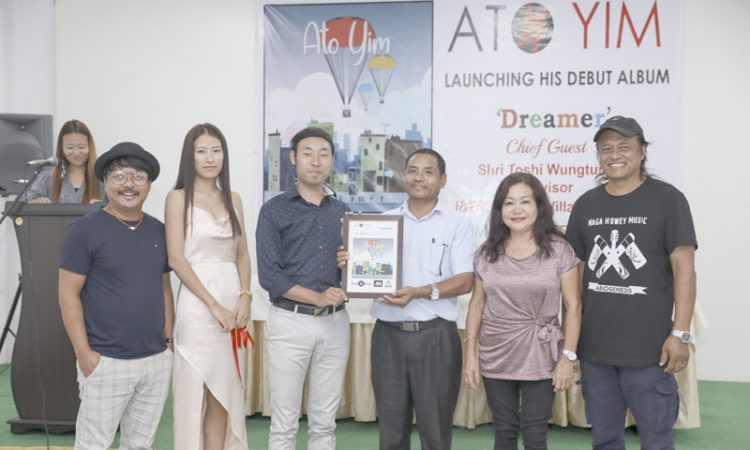 On July 28, Ato Yim launched his debut album ‘Dreamer’ with the presence of many Naga artists and special invitees from various organizations at Dimapur.
Albinus Atsumong, President, Yimchunger Union Dimapur(YUD) graced the occasion as the Guest of honour where he stated that in the field of music, Ato Yim is the first among Yimchunger tribe with an award like “Best folk fusion song” award during the 10th Music Awards of Nagaland.
He mentioned that such talented upcoming artist like Ato Yim is timely need of people’s encouragement and support to excel more in his career.
The album review was given by Moasupong of Abiogenesis band. He mentioned that the ‘Dreamer’ album holds the potential of international attention. The creativity that Ato Yim put in the folk fusion songs is what he mentioned “impressive” and encouraged Ato Yim to carry on maintaining our unique identity in music the same way.
Sunep Lemtur, the proprietor of Sunep Lemtur School of Music and Media 24 Studio shared about the album journey with Ato Yim. As a producer and director, Sunep Lemtur shared that among many artists that he has worked with Ato Yim is not only the finest songwriter and composer but also the humblest man.
Ato Yim expressed gratitude and also presented two songs from the album.