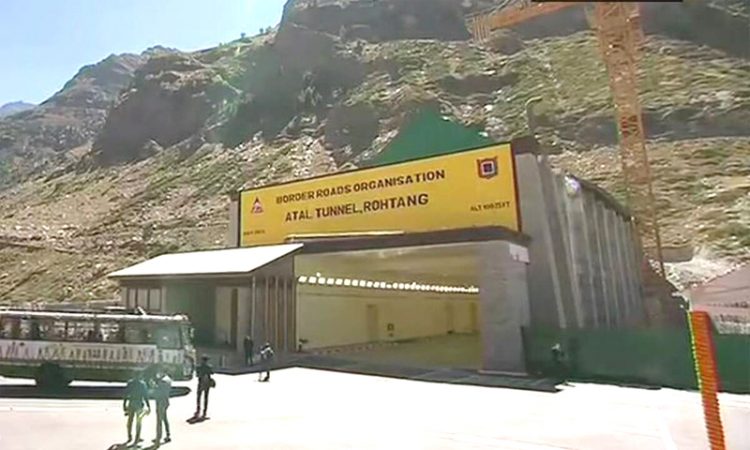 New Delhi, October 3: Union Home Minister Amit Shah on Saturday said the Atal tunnel, the world’s longest highway tunnel, will prove to be a major boon for the people of Himachal Pradesh and Ladakh in getting better healthcare, business and other opportunities, besides strengthening the country’s strategic preparedness.
The 9.02 km-long all-weather tunnel, connecting Manali in Himachal Pradesh to Leh in Union Territory of Ladakh, was inaugurated by Prime Minister Narendra Modi on Saturday.
“Atal Tunnel will prove to be a major boon for the entire region. People will now have access to better healthcare facilities, business opportunities & essential items. It will also strengthen our defence preparedness & generate employment by giving impetus to the tourism sector,” Shah said in a series of tweets.
The home minister said it was a historic day for the entire country as the vision of Bharat Ratna and former prime minister Atal Bihari Vajpayee came true.
“Gratitude to PM @narendramodi ji on the inauguration of an engineering marvel the ‘Atal Tunnel’. Congratulations to BRO for working relentlessly on this unprecedented project,” he said.
Shah said as the longest highway tunnel in the world, ‘Atal Tunnel’ will reduce the travel time between Leh and Manali by 4-5 hours.
Being an all-weather tunnel, it will also connect Lahaul-Spiti with the rest of the country throughout the year which used to be cut off for months earlier, he said. (PTI)