HomeTop StoriesAssessment in school education to be transformed by 2022: HRD
Top Stories
2 years agoNovember 3, 2019No tags 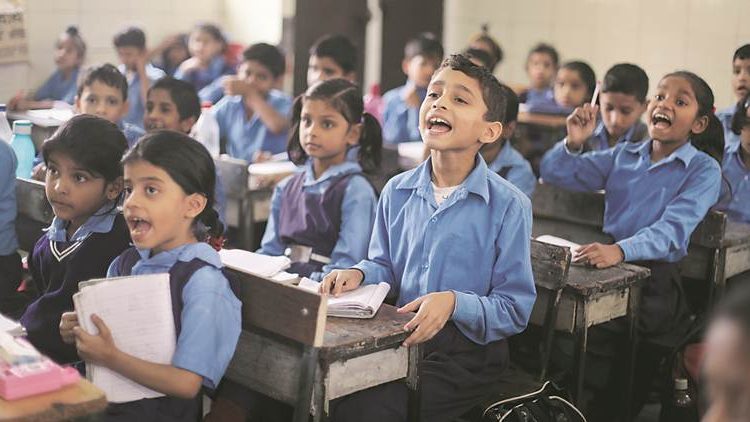 NEW DELHI, November 3: Noting that the current assessment system in school education has “harmful effects”, the National Council for Educational Research and Training (NCERT)) will prepare guidelines for transformation in assessment by 2022, according to the HRD Ministry.
The HRD Ministry, which is in the process of giving final shape to the new National Education Policy (NEP), has proposed in the final draft that to eliminate the “high stakes” aspect of board exams, all students will be allowed to take board exams on up to two occasions during any given school year and the examination be made “easier”.
The NCERT, which is set to review the National Curriculum Framework (NCF) after over 14 years, will also develop assessment guidelines in sync with the new framework.
“To reverse the harmful effects of the current assessment system, board exams will encourage holistic development, students will be able to choose many of the subjects in which they take board exams, depending on their individualised interests,” the draft proposes.
Mooting for board exams twice a year, the HRD Ministry has decided that, “in this regard, guidelines will be prepared by NCERT,for a transformation in the assessment system by 2022, to align with the NCF 2020”.
The new policy has also recommended formation of a new regulatory body for all recognised school boards of India, for regulating assessment and evaluation norms and standards and for ensuring that the assessment patterns of different boards meet the skill requirements of the 21st century and are in consonance with stated objectives of the policy.
The draft, given a final shape by the HRD Ministry, will now be placed before the Union Cabinet for approval. But, according to ministry officials, there could be “minor last-minute edits”.
A panel led by former Indian Space Research Organisation chief K Kasturirangan had submitted the draft of the new NEP to Union Human Resource Development Minister Ramesh Pokhriyal ‘Nishank’ when he took charge.
The draft was then put in public domain to seek feedback from various stakeholders and over two lakh suggestions were received by the HRD Ministry about the same.
The existing NEP was framed in 1986 and revised in 1992. A new education policy was part of the Bharatiya Janata Party’s manifesto ahead of the 2014 general election.
Drafting experts also took into account the report of a panel headed by former cabinet secretary TSR Subramanian and formed by the HRD Ministry when it was being headed by Union minister Smriti Irani. (PTI)