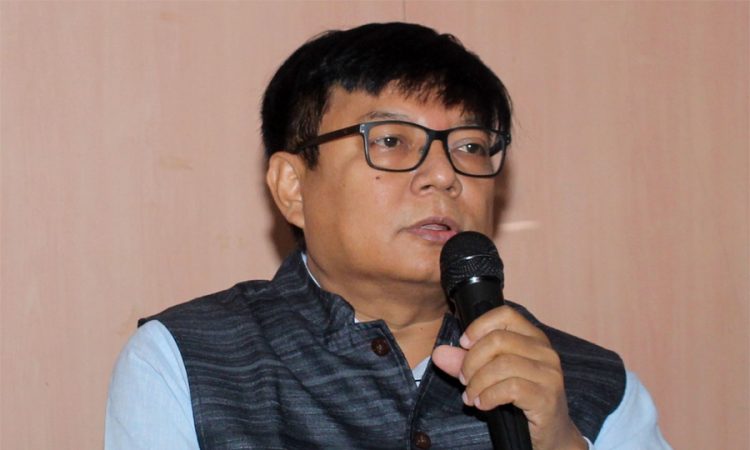 Guwahati/Silchar, November 8: A Congress team led by Leader of the Opposition in Assam Assembly, Debabrata Saikia visited the disturbed areas along the state’s border with Mizoram on Sunday and said that Assamese farmers are regularly paying “unofficial taxes” to Mizo people for the safety of their produce.
The Congress leaders claimed that mild stone pelting took place on them and the Mizoram Police and Central forces initially did not allow the team to go near the inter-state border in Cachar district.
All India Mahila Congress President Sushmita Dev, who was part of the team, told PTI that stones were thrown at them when they tried to go and meet the people living in the disputed places along the border.

“We found that 3-4 locations inside Assam have been occupied by the Mizo people, who have full backing of their state government. In fact, Mizoram Police is present with full strength in those areas. The situation demands urgent political intervention,” said Dev.
After visiting the places, Saikia said that Mizo people and Mizoram Police personal have put up a barrier on a bridge, which was constructed by the Assam government under PMGSY during 2011-16 when Girendra Mallik was the local MLA.
“We requested that at least 5-10 persons be allowed to cross the barrier on the bridge. The Circle Officer of Dholai requested the Mizoram Police personnel, but they refused us entry and the Assam administration requested us not to insist upon doing so,” he said in a statement.
The team then went towards the school building at Painam village where a bomb blast took place during early hours on Saturday, Saikia said.
“On the way, we met some persons who are engaged in farming and they told us that they have been regularly paying unofficial taxes to Mizo people so that their farms are not damaged,” he added in the statement.
The local resident also informed the Congress delegation that some Mizo people came with firearms and other weapons when Assam government officials visited the school building to inspect the damages caused by the blast, Saikia said.
“This clearly indicates that very tense days are ahead as the Mizo people have already become very aggressive. Due to lack of forcefulness on part of the Assam government, they have started setting up their camps on Assam’s revenue land,” he claimed.
Mentioning some individual cases, the senior Congress leader stated that people are living in terror as Mizo people regularly come and threaten the non-Mizo residents of the border areas residing within the territory of Assam.
“Further, we went up to Vairangte, where the Mizoram Police check for Inner Line Permits. Before we reached it, we were asked to stop by Central armed Police personnel, who have been deployed at the request of the Assam government. It is very unfortunate that the Assam government is itself allowing aggression by the Mizos,” he added.

While visiting Khulichhera, Lailapur and border entry point, the Congress team also found that the Mizoram government has extended water pipelines and set up offices within Assam’s land, Saikia claimed.
After visiting the border areas, Saikia held a meeting with Cachar Deputy Commissioner Keerthi Jalli, Superintendent of Police Bhanwar Lal Meena and other senior officials and suggested a host of measures to deal with the situation, an official release said.
The Congress leader demanded immediate steps to push back the Mizoram Police to the location they were in till the first week of October, set up border outposts inside Assam and evict offices set up by the Mizoram government beyond Vairangte.
The opposition party leaders demanded that the state government provide assistance for the treatment of the injured persons and financial support to the 22 families whose houses and shops were burnt.
The SP informed the Leader of the Opposition that a detailed report on the prevailing situation along the border has been sent to the Union Ministry of Home Affairs.
Saikia, who is on a two-day visit to Barak Valley, will tour Medicherra and Chota Bobirbond border areas of Karimganj district along the Assam-Mizoram border and take stock of the situation in a meeting with the district administration on Monday. (PTI)