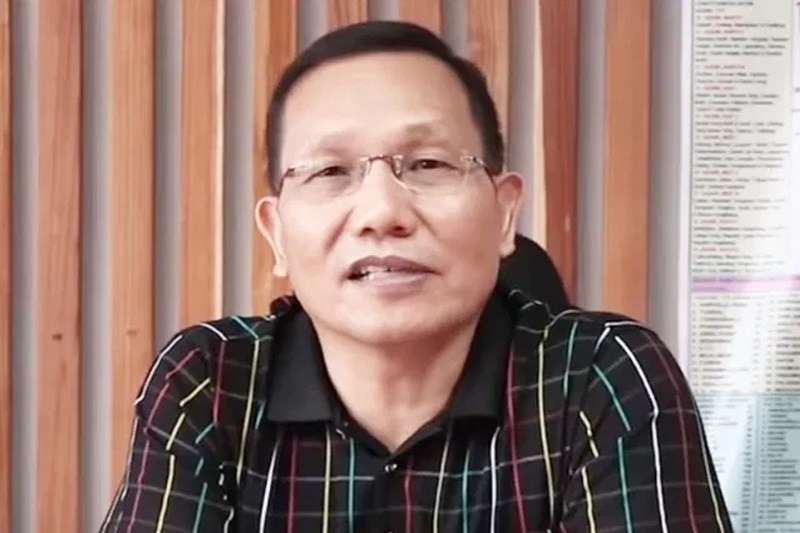 Aizawl, August 26: The Mizoram government shot off letters to the Centre alleging that Assam Rifles deals with the civil administration “with contempt” and “fails to recognise” that AFSPA is no longer in force in the northeastern state.
Chief Secretary Lalnunmawia Chuaungo has written two letters to Union Home Secretary Ajay Bhalla over the “boycott” of Independence Day celebrations and alleged violation of safety protocols by Assam Rifles, state Home Department Additional Secretary Ramdinliani told PTI on Wednesday.
“We are of the firm view that no issue between Assam Rifles and the state administration is so serious that it cannot be resolved through discussions with open minds.
“The failure to recognise, on the part of Assam Rifles, that Mizoram is a peaceful state where Armed Forces (Special Powers) Act, 1958 had long been withdrawn, and the insensitivity and contempt with which they deal with the civil administration is coming in the way of good relations and cooperation between Assam Rifles and the civil administration,” one of the letters read.
The Mizoram government alleged that senior officers of Assam Rifles skipped the state-level Independence Day celebration after the administration issued a Warrant of Precedence (WOP) on August 11, placing the paramilitary force’s brigadier stationed in Mizoram at par with the secretary to the state government, chief conservator of forests, district and sessions judge and deputy commissioners.
Assam Rifles returned the invitation stating it was aggrieved as the “WOP was notified without its consultation”, the letter said.
“The chief secretary stated that Assam Rifles had no authentic reason to skip the celebration as its brigadier was elevated from an equivalent rank of additional secretary to that of the secretary to the state government,” Ramdinliani said.
The new WOP, however, has been kept in abeyance since August 14, she said.
“Assam Rifles also created hurdles in the preparation for the function by parking its heavy vehicles in the VIP parking space, causing inconvenience to the invitees,” the letter said.
The chief secretary, in another letter, said that despite security personnel comprising a chunk of recent COVID-19 cases in the state, 15 Assam Rifles personnel forced their way into Mizoram through the Vairengte check-gate on August 18 without undergoing screening.
“The state government has been trying its best to help and facilitate Assam Rifles in managing its COVID-19 patients.
“However, the personal ego of the head of Assam Rifles in Mizoram and his failure to appreciate that the entire Northeast is not a ‘disturbed area’ seems to have come in the way of cordial relations between Assam Rifles and state government agencies,” the second letter read.
Home Minister Lalchamliana had discussed the matter with sector 23 Assam Rifles DIG, Brigadier Vinod S, on Monday.
The home minister had urged the DIG to refrain from issuing press statements over “petty issues” with the state government and bring the grievances of the personnel to the notice of the administration to settle the issues on the negotiating table, a statement had said.
Brigadier Vinod, on the other hand, had said that Assam Rifles personnel respect the COVID-19 protocols of the state government despite the fact that security personnel are allowed inter-state and intra-state movement by the Centre.
He had also urged the people to refrain from spreading rumours on social media and register complaints with him if any personnel breaches the law or misbehaves with locals.
A police complaint was registered against Assam Rifles personnel guarding the India-Myanmar border for allegedly molesting two women at Sesih village in Champhai district on Independence Day.
The Central Young Mizo Association, a powerful organisation with 4.5 lakh members, has demanded an apology from Assam Rifles over the incident before the end of this month.
Assam Rifles has denied the allegation and said that it has not received any such report and complaint should be lodged with the head of the force so that the accused persons are booked.
An Assam Rifles officer had said that a contingent of the force was present during the Independence Day celebrations but its senior officers had skipped the function as the DIG’s rank was “degraded” in the state government WOP against the national order of precedence.
“We had returned the invitations stating that the same is not in order and to kindly make necessary amendments in protocol at their end. However we didn’t receive the invitation back from the deputy commissioner’s office, so that means we weren’t invited,” 46 Assam Rifles commandant, Colonel Viplav Tripathi, had said. (PTI)