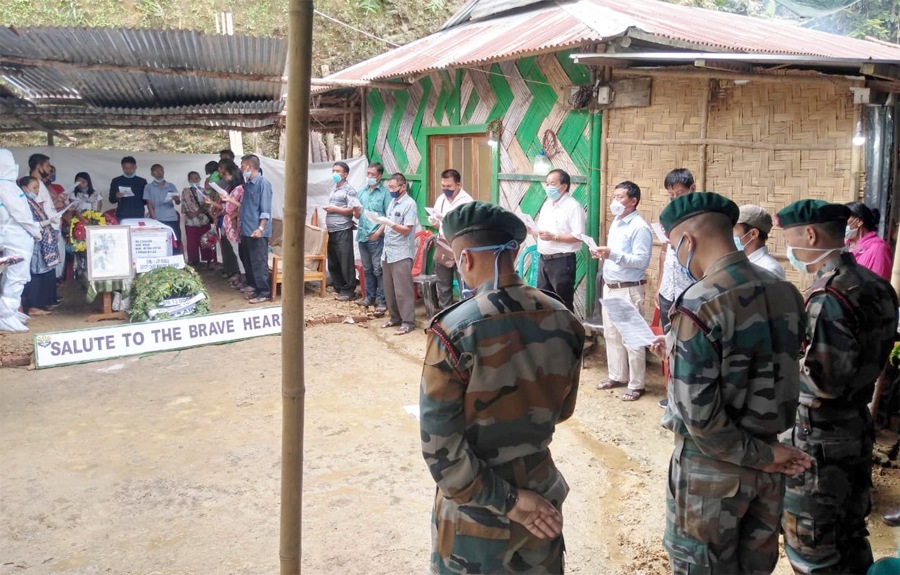 Dimapur, August 1: Mon Battalion of Assam Rifles under the aegis of HQ IGAR (North) paid tribute to the mortal remains of Rfn Methna Konyak in his native town at Mon on July 31and August 1, who laid down his life for the nation fighting the insurgents in Manipur.
The mortal remains of the bravehearts were received by Comdt Mon Battalion at Mon helipad on July 31 and transported to his native house near Wangkhao College with military honours . The wreath laying and burial ceremony of the bravehearts was conducted on August 1 with ceremonial Guard of Honour and gun salute at his native house.
In addition to the Commandant, Officers, JCOs and ORs of Mon Battalion, the respect to the martyr were paid by KU president, KSU president, Police and civil administration representatives in a staggered manner due to prevailing pandemic situation.
The family members were interacted with by Comdt Mon Battalion and assured all necessary support and assistance from Assam Rifles.
(Page News Service)