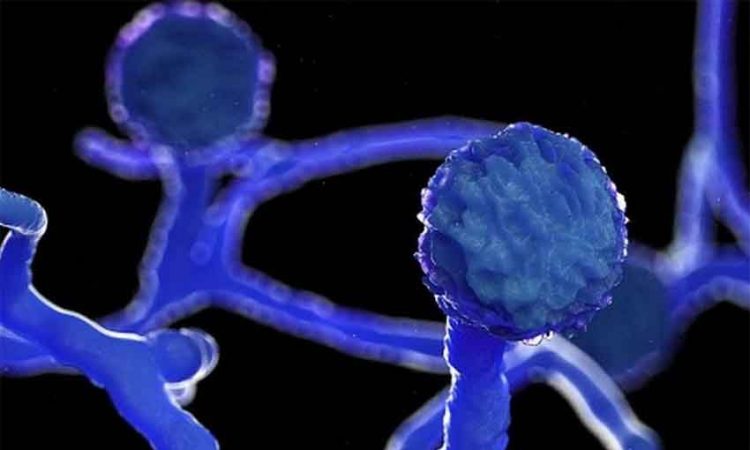 GUWAHATI, May 19: Assam reported its first black fungus death on Wednesday when a 27-year-old Covid-recovered patient died of mucormycosis infection in a private hospital here. Health officials said that the 27-year-old man from Assam succumbed to Covid related complications, though tested negative later.

Assam director of medical education Dr Anup Kumar Barman, who is looking after the clinical aspects of Covid-19, confirmed to TOI that the doctors have got evidence of fungus presence in the patient’s body in his biopsy report. “It’s a case of black fungus infection. A report has been sent to the chief minister and health minister about this case,” he said.
Barman said that the patient was admitted in a private hospital in Guwahati with Covid symptoms more than 10 days ago. He was heavily diabetic. “Scattered blackish spots were seen on his entire face- near the eyes, nose and ear. As per these classical symptoms, doctors were suspecting it to be a black fungus infection case,” Barman said. He informed that antifungal medicines were applied on the patient but doctors could not save him. “During admission in the hospital, oxygen saturation in his body was already low and he was struggling with diabetic complications,” Barman said.
Health experts could not deny more black fungus deaths in the state but said that this case was the first black fungus infection reported in a patient who was tested Covid positive. “Perhaps in the first wave also such mucormycosis infection occurred. But during the second wave we are on the alert, as several deaths due to the fungal infection have been reported in different parts of the country,” Barman said, adding that fungal infection is common when a patient is put in the ICU. “Fungal infection is seen in the face and neck even in non-Covid patients when admitted in ICU. It’s a common complication when an elderly patient goes through invasive ventilatory support,” he said.
Health department sources said that the case details have been shared with the senior officials of the health department. State health minister Keshab Mahanta later told the media that the government has engaged health experts to study the case. “The black fungus issue will be discussed today. I will soon get the report from health experts,” he told the media.
A health expert said that people with diabetes, cancer patients, those suffering kidney failure and patients who have undergone organ transplantation have low immunity levels and thus face a risk of fungal infection. “When a patient continues to get humidified oxygen that contains water vapour, it helps in growth of fungus,” a medical practitioner said. He said that the Covid precipitates black fungus infection, since many virus infected patients are regularly given oxygen support.

Gauhati Medical College Hospital (GMCH) principal, Dr Achyut Baishya said that the leading hospital is ready to tackle black fungus infection, though there are no such reports in the leading hospital where 820 Covid patients- highest in any hospital in the state- were undergoing treatment as of Wednesday morning. “We have medicines in GMCH to treat patients for invasive fungal infections. Black fungus infection is rare and there is no need to panic” Baishya said. (Courtesy: TOI)