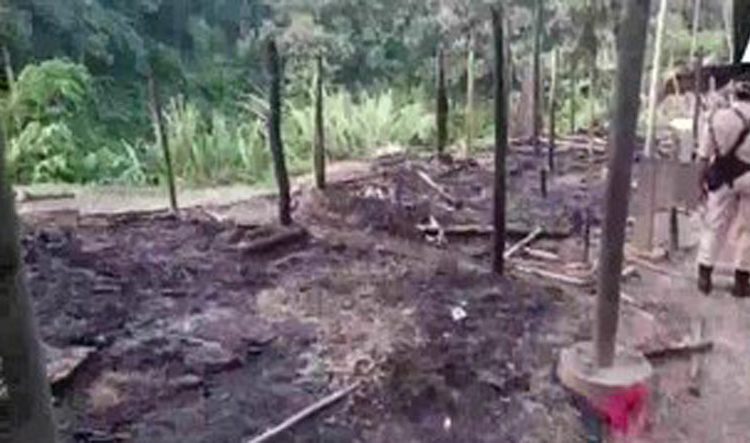 Silchar/Aizawl, October 21: Neighbours Assam and Mizoram held meetings on Wednesday to restore peace and normalcy in the disturbed interstate border areas following the intervention of the joint secretary to the ministry of home affairs (incharge of North East), Satyendra Garg, an official spokesman said.
At the meeting Mizoram agreed to withdraw its forces from Assam’s territory, while Assam assured efforts to resume movement of trucks carrying essential commodities which are stranded on its side of the border, an official spokesman said.
Both the states agreed to restore peace and tranquility along the border areas, provide security and instil a sense of safety among the people there, an official spokesperson said.
Garg said the central, Assam and Mizoram governments had fruitful discussions and resolved to settle the matter amicably across the negotiation table.
Mizoram home secretary Pi Lalbiaksangi announced the decision to withdraw the forces after the meeting with Garg and Assam home secretary G D Tripathi, the spokesman said.
Tripathi said both the sides held meetings to restore peace and normalcy in the disturbed areas.
Teams of officers from the two states led by their home secretaries met at an Army camp close to Lailapur, along the interstate boundary, to resolve the imbroglio rising out of the clash between the people of the two states on Saturday night and to restore peace and normalcy in the disturbed areas, the spokesman said.
As part of confidence building measures, both the sides would interact and coordinate once a month at the deputy commissioner, superintendent of police and divisional forest officers’ levels to sort out any issue, the meeting agreed.
Seeking status quo on the border, Tripathi had said the presence of Mizoram policemen in Assam has caused a fear psychosis in the minds of truckers and helpers and to withdraw themeat the earliest.
To this Lalbiaksangi had said that she would place the request for withdrawal of forces to the higher authorities and urged her counterpart to first ensure movement of trucks laden with essential commodities stranded on Assam side of the border as soon as possible, the spokesman said.
Tripathi asked the Mizoram home secretary to book the miscreants who burnt down huts and stalls on the Assam side of the border on Saturday night and there is no encroachment in the reserved forest areas.
He also assured that the Assam government and the Cachar district administration are persuading the truckers to resume movement of trucks carrying essential goods so that people on other side of the border do not face hardship.
“We are for people to people contact and keeping every mode of communication open so that the camaraderie and bonhomie that exist between the people of the neighbouring states prevail,” he added.
Assam’s Director General of Police (Special – Border Wing) Mukesh Agarwal said that drivers of trucks and other vehicles stranded in southern Assam are unwilling to go to Mizoram without adequate security.
He said that the issue must be resolved immediately in the interest of the people of both the states.
Lalbiaksangi assured that the Mizoram government will ensure security to the truckers coming from Assam side and requested that the movement of stranded vehicles be resumed at the earliest.
Meanwhile, Mizoram Food, Civil Supplies and Consumer Affairs minister K Lalrinliana said the state government will import essential commodities under police escort if need be.
He hoped truckers will agree to enter Mizoram due to security assurance by both the governments.
According to the minister, the Mizoram government as well as NGOs have already assured the truckers to provide protection and security.
He said that Mizoram, a landlocked state, has enough stock of rice for three months but could face shortage of cooking gas and fuel if truckers did not enter the state from Assam.
Food, Civil Supplies and Consumer Affairs director said that around 80 trucks carrying oil and LPG gas are currently stranded at Lailapur and Bhaga bazaar on the Assam- Mizoram border. (PTI)