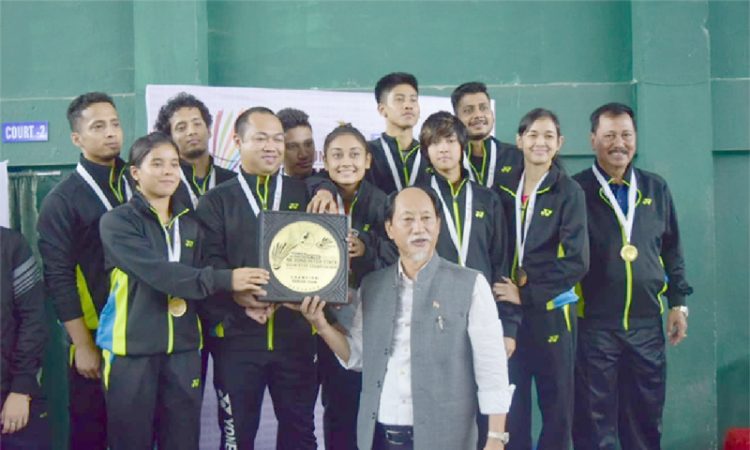 Dimapur, October 13: With nine titles altogether in ten different categories, Assam emerged as the overall winner of the Yonex Sunrise North East Zone Inter-State Badminton Championship 2018 which concluded today here at DDBA Indoor Stadium, United Colony. Assam was closely followed by Manipur which won eight titles. Nagaland failed to win any title.
The final match of the tournament was played between Mizoram and Manipur in the Men’s Doubles category which was won by Mizoram after losing the first set 18-21 to Manipur. The team, represented by Joseph and Duhawma, made an impressive come back and won the next two sets 21-17 and 21-18 respectively, stealing the match from team Manipur which put up a tough fight.
The tournament was organized by Badminton Association of India (BAI) and hosted by Nagaland Badminton Association (NBA) and had commenced on October 10. A total of 160 players had participated in it from eight states.
The winners and runners-ups of the different categories of the tournament are: