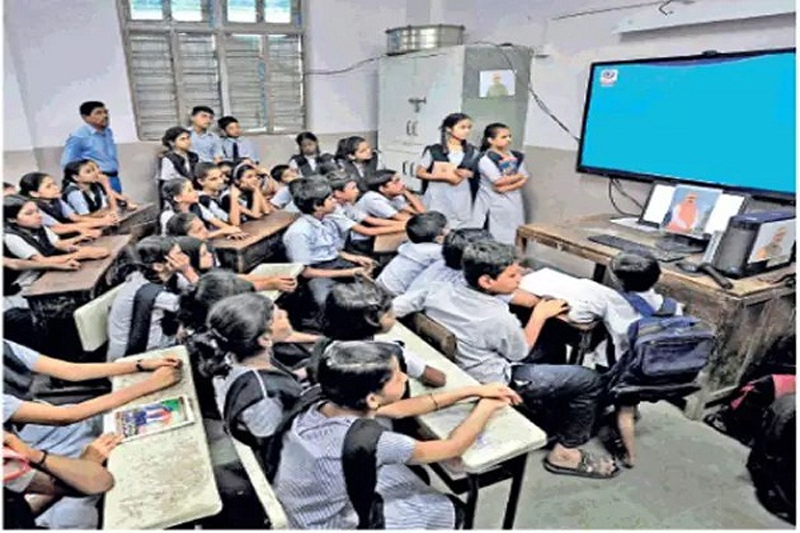 Guwahati, August 29: Assam Education Minister Himanta Biswa Sarma said on Saturday that classes for standard 12 and final year of undergraduate programmes will commence on September 15 in an informal and experimental way.
Speaking at a press conference here, he said these informal classes will be on till September 30, but it will be discontinued if any student or teacher tests positive in between.
“The principals or heads will make four-five small groups, which will come and interact with teachers in informal classes,” Sarma said.
“In little primary or middle-primary schools, the kids are now coming once a week for collecting mid-day meals. From September 15, they will come twice a week and the teachers will hand over a study material along with a question paper for submitting it in the next week,” Sarma said.
The teachers will evaluate the answer sheets in front of the students and will give tasks for the next week, he added.
“The teachers will have to come from September 1 and will oversee proper sanitisation of their institutes. We are arranging funds for the same and it will be sent to them within the next few days,” Sarma said.
The minister, however, said the schools and colleges, which are housing the quarantine or isolation centres at present, will not be opened. (PTI)

Mizoram will not withdraw forces from Assam border: Minister

Over 435 kg of brown sugar seized in Manipur