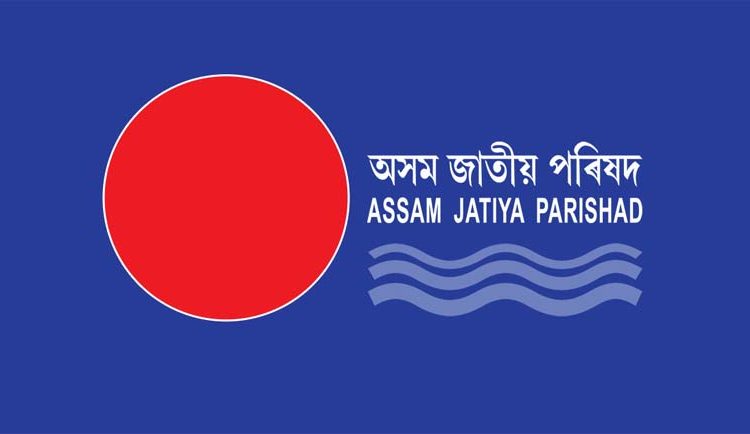 Guwahati, September 14: The Assam Jatiya Parishad (AJP) on Tuesday accused the Assam government of side-lining the “crucial” clause 5 of the Assam Accord, which deals with cut-off date for identification of illegal foreigners by bringing in the Citizenship (Amendment) Act (CAA).

AJP president Lurinjyoti Gogoi and general secretary Jagdish Bhuyan, in a press statement, alleged that the BJP party-led government was working to reduce the Assamese people to a minority status in their own state in order to appease “foreigners” who will be turned into voters through provisions of the Citizenship (Amendment) Act.
Clause 5 of the Accord specifies the cut-off date for identifying foreigners. But it will become irrelevant when the CAA is implemented. It will tantamount to killing the Assam Accord and its spirit, they said.
This vital clause has been ignored by the government when it recently formed a committee to implement the Accord, they added.
The state government had on September 7 announced a committee with its ministers and representatives of the All Assam Students’ Union (AASU), which was a signatory of the Accord as member to prepare a roadmap within three months to implement the Assam Accord.
The Chief Minister’s Office in a statement the same day had said that the meeting decided to prepare an implementation framework to implement the provisions of Assam Accord with special reference to Clause 6,7, 9 and 10 .
Clause 5 of the Accord sets March 25, 1971, as the cut-off date for detecting and deporting illegal aliens from Assam.
The AJP alleges that the contentious CAA violates the Assam Accord as it seeks to provide Indian citizenship to Hindus, Jains, Christians, Sikhs, Buddhists and Parsis who came to India on or before December 31, 2014 from Bangladesh, Pakistan and Afghanistan after five years of residence here.
The AJP leaders also alleged the percentage of Assamese-speaking population will decreased by 10 per cent over a 20 year period.
The percentage of Assamese-speaking population in Assam was 47 per cent as per 2011 Census. It is predicted to come down to 37 per cent by 2031. Once the Assamese-speaking population becomes a minority, it will be no good trying to protect their identity, they said.
They demanded action from the government in the form of proper implementation of clause 6, which deals with Constitutional, legislative and administrative safeguards to protect, preserve and promote the culture, social, linguistic identity and heritage of the Assamese people, before it is too late.

The AJP leaders also said the recommendations of the Justice Biplab Kumar Sarma-led Committee on implementation of clause 6 are being ignored by the government.
On February 25 last year, the Justice Sarma-led High-Level Committee of the Ministry of Home Affairs had submitted its report to the then Chief Minister Sarbananda Sonowal for handing it over to the Union Home Minister Amit Shah, but no action has been taken on it yet.
Gogoi and Bhuyan also alleged that the BJP party has grabbed power by playing communal politics but is keeping mum on the matter of the Assamese speakers being on the verge of losing their mother tongue.
Pledging intensified agitations to protect the identity of the Assamese people, the AJP leaders said the Jatiya Garjan’ programme observed by the party and its supporters across the state on Tuesday was a part of this plan. (PTI)