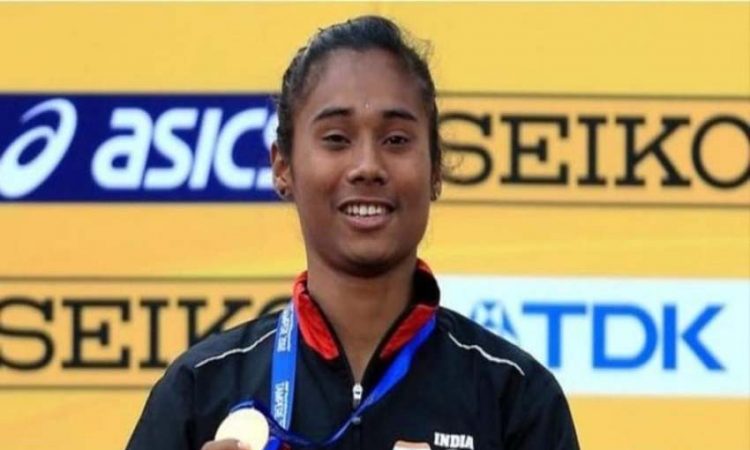 Guwahati, June 15: Country’s top sprinter Hima Das, who had a stellar 2018, has been nominated for the prestigious ‘Khel Ratna’ by the state government of Assam.
Assam sports secretary Dulal Chandra Das sent the letter of recommendation to the sports ministry on June 5.
The 20-year-old from Dhing village in Assam is one of the youngest nominees for Khel Ratna this year.
India’s first track athlete to win a global title at U20 World Championship in Tampere, Finland in 2018, Hima will compete with ace javelin thrower Neeraj Chopra, wrestler Vinesh Phogat, TT player Manika Batra, women’s hockey captain Rani Rampal and cricketer Rohit Sharma for country’s highest sporting honour.
The 2018 had turned to be a memorable season for the 20-year-old, who followed her U-20 world title with 400m silver, 4X400 mixed relay gold (upgraded) and women’s 4X400m gold at the Jakarta Asian Games.
She won a number of gold medals at smaller events in 2019 season and was also invited to compete at the Doha World Championship but a back injury ruled her out of the prestigious championship.
Hima is already a recipient of Arjuna Award, which she received in 2018. (PTI)