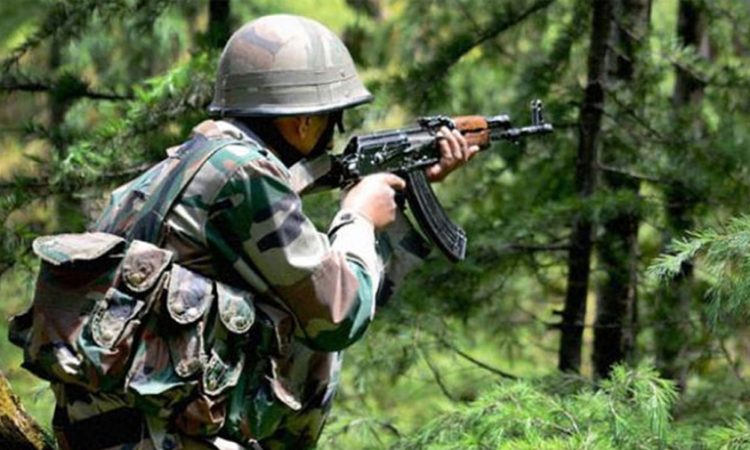 NEW DELHI/GUWAHATI, October 14: In a landmark judgement, a summary general court martial conducted by the Army has sentenced a Major-General, two Colonels and four other soldiers to life imprisonment for the extra-judicial killing of five youth activists in Assam in 1994.
The judgement, pronounced by the court martial held at the 2 Infantry Mountain Division at Dinjan in Dibrugarh district of Assam, will however have to be confirmed by “higher competent authorities” like the Eastern Army Command at Kolkata and the Army headquarters in New Delhi. “This can take two to three months,” said a source.
Sources said the seven held guilty are Major General A K Lal, Colonels Thomas Mathew and R S Sibiren, and junior commissioned officers (JCOs) and non-commissioned officers (NCOs) Dilip Singh, Jagdeo Singh, Albindar Singh and Shivendar Singh. They, of course, can file appeals against the verdict in the armed forces tribunal and the Supreme Court.
Lal, incidentally, was removed as commander of the strategically-located 3 Infantry Division at Leh in September 2007 after a woman officer accused him of “misconduct” and “misbehaviour” on the pretext of teaching her yoga. He was dismissed from service in December 2010 after a court martial, but the armed forces tribunal later restored his retirement benefits.
The new court martial verdict revolves around the extra-judicial killing of All Assam Students’ Union (AASU) activists Prabin Sonowal, Pradip Dutta, Debajit Biswas, Akhil Sonowal and Bhaben Moran after a unit of the Punjab Regiment had picked them up along with four others from different places in Tinsukia district of Assam between February 17 and 19 in 1994.
The Army had detained the nine at the Dholla Army Camp after the general manager of the Assam Frontier Tea Limited at Talap Tea Estate, Rameswar Singh, was killed by ULFA militants. Five of them were later killed in the infamous Dangari fake encounter case on February 23.
The then AASU vice-president and now a BJP leader in the state Jagadish Bhuyan had fought for justice single-handedly in the Gauhati High Court, which led to a CBI probe in the case. Chief minister Sarbananda Sonowal was the AASU president at that point in time.
Though the CBI had also lodged a case against the accused soldiers after recording statements of the survivors and other witnesses, the Army had obtained permission from the court to try them under military law through a court martial.
“The seven men have been dismissed from service and have been sentenced to life imprisonment. For 24 years, I have never once lost faith in Indian democracy, Indian judiciary system and the Indian Army. The Army has given exemplary punishment to its own officers and men on finding them guilty and this has amplified the glory of the Army and increased people’s trust on the Army,” said Bhuyan.
The landmark court martial judgement comes at a time when almost 750 Army officers and soldiers have filed petitions in the Supreme Court against any move to dilute the iron-fisted Armed Forces Special Powers Act (AFSPA), which gives military personnel special rights and immunity to operate in “disturbed areas” like J&K and the North-East.
Army chief General Bipin Rawat, on his part, has said the force will firmly stand with all its soldiers who operate and conduct bonafide counter-insurgency operations in Kashmir and the North-East, but will deal sternly with cases of wrongdoings, aberrations and moral turpitude.
The Army argues the AFSPA – first enacted by Parliament in 1958 to tackle insurgency in North-East- is an “enabling act” that provides “operational flexibility and protection” to military personnel operating in “extremely hostile environments” against terrorists and other inimical forces. But human rights activists have called for abrogation of the AFSPA, or making it “more humane” and less open to misuse at the very least. (Courtesy: TOI)