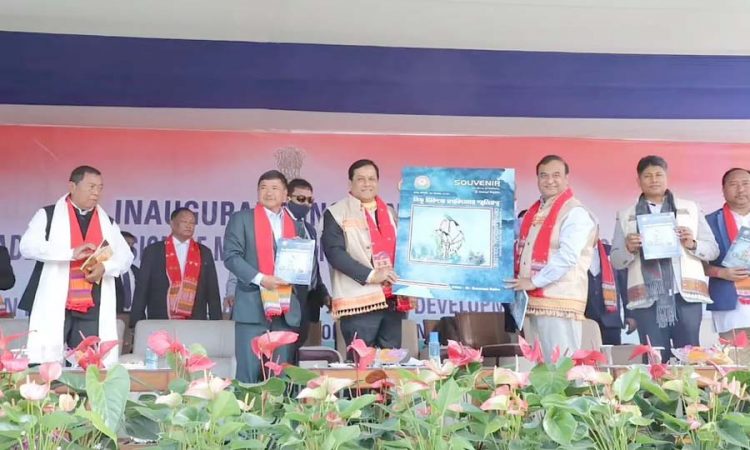 Assam Education Minister Himanta Biswa Sarma, Mines & Minerals Minister Sum Ronghang, Minister of Urban Development, Pijush Hazarika, Diphu MP Horen Sing Bey, Karbi Anglong Autonomous Council CEM Tuliram Ronghang and other dignitaries were also present at the inauguration ceremony in Diphu.
The Chief Minister’s office took to Twitter to announce the inauguration. They wrote, “CM Shri @sarbanandsonwal, in presence of Ministers Shri @himantabiswa, Shri Sum Ronghang and Shri @Pijush_hazarika, MP Shri @horensingbey, KAAC CEM Shri @TuliramRonghang & other dignitaries, inaugurated the 1st academic session of MBBS course of Diphu Medical College in Diphu.
Minister Himanta Biswa Sarma too took to Twitter to share the news and pictures from the ceremony. He wrote, “Happy that Diphu Medical College is all set to start 1st Academic Session of its MBBS course! Attended inaugural function for the same today along with HCM @sarbanandsonwal, MoS @Pijush_hazarika& KAAC CEM @TuliramRonghang. Best wishes to faculty members & aspiring doctors.
He further added that the Chief Minister along with the ministers, MP and KAAC CEM attended the inauguration of several projects of Assam PWD (R&B) at Diphu.
The Diphu Medical College started functioning from 25 November 2019. This is the 7th medical college of the state. The college operates under the State Ministry of Health and Family Welfare, Assam. It is recognized by the Medical Council of India and affiliated with Srimanta Sankaradeva University of Health Sciences, Guwahati. The college has a current intake of 100 undergraduate students from the academic year 2020-21.
The construction was initiated by laying the foundation stone by Himanta Biswa Sarma at 19 January 2011. In 2017, The existing work of the college was enhanced from 156.55 crores to 209 Crores. The construction began in 2012, but the final plan for the college was received on 28 April 2018 as the architecture had changed three times.