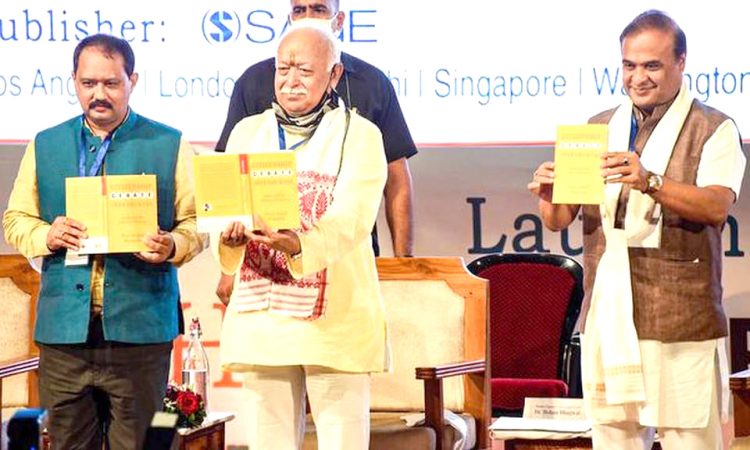 Guwahati, July 21: Assam Chief Minister Himanta Biswa Sarma on Wednesday asserted that the concept of secularism needs to be defined in the context of `Indian civilisation’.

Attacking ‘Leftist intellectuals, liberals and the media’, Sarma, at a function where RSS Chief Mohan Bhagwat launched a book, claimed the country’s intellectual society is still dominated by the left-liberals with the media giving them more space while ignoring alternate voices.
“An intellectual terrorism has been unleashed and the Lefts in the country are more leftists than Karl Marx. There is no democracy in media….they have no space for Indian civilisation but there is space for Karl Marx and Lenin”, he claimed.
Mediapersons may agree in private to an alternative narrative but they prefer giving space to left-liberals saying that this reflects an independent view, Sarma alleged.
“The left thinking has to be challenged and more thought provoking books based on history, of our long struggle for existence must be documented in the right perspective”, he said.
The Chief Minister however did not specify how secularism would be defined in the context of Indian civilisation, though he asserted that India India has been a secular country since Rig Vedic times.
“We have given the concept of secularism and humanity to the world. Our civilisation is five thousand years old and we have accepted diversity of thought, religion and culture since ages”, the Chief Minister said.
Referring to the Citizenship Amendment Act, Sarma said that there are two perspectives on this-for protestors outside Assam, the demand is why should only Hindus be given citizenship, Muslim migrants should also be covered.
In Assam, however, the protest against the Act was that neither Hindus nor Muslims from other countries should be given citizenship.
“It was the so-called secular protestors at the national level who tried to give a communal colour to the entire protests”, he said. The CAA is for those “who are victims of partition and not beneficiaries of a communal country created on the basis of religion”, he said.
Citizenship Act, Assam list will not harm muslims: RSS Chief Mohan Bhagwat
Mohan Bhagwat, the chief of BJP’s ideological mentor RSS, has said that the Citizenship Amendment Act (CAA) and the National Register of Citizens (NRC) will not harm the Muslims of the country. Mr Bhagwat, who is visiting Assam, alleged that a communal narrative around these issues is being created to get political mileage.
“Since 1930, there have been organised plans to increase the Muslim population not in connection with terrorism and economy but to become a dominant force. It happened in Punjab, in Bengal and in Assam. There are plans to turn these areas into their majority so that things work on their own terms. This happened in Pakistan and Bangladesh. Still, we want assimilation and want to live together,” Mr Bhagwat said on Wednesday, after launching a book titled ‘Citizenship debate over NRC and CAA: Assam and the Politics of History’.
The Citizenship Amendment Act that seeks to make it easier for non-Muslim minorities from neighbouring countries like Pakistan and Afghanistan to get Indian citizenship, had triggered widespread protests in the northeast in 2019.
Lakhs of people were left out from Assam’s citizens’ list when the final draft of the NRC was published in 2019.
The RSS chief further added that the new citizenship law would give protection to the persecuted minorities in the neighbouring countries, especially in Pakistan and Bangladesh.
“After the partition, we have taken care of our minorities even though Pakistan did not do it…and NRC is only a process to find out who is a genuine citizen, nothing else. The matter (NRC) is in the government domain. A section of people wants to get political mileage by creating a communal narrative involving both the NRC and CAA,” he added.
He also claimed that since the ‘Mahabharata’ period, Assam has had a history of migration but never had so much fear from ‘illegal influx’.
“Assimilation of all communities should take place, but there should not be any fear of other communities. Akhand Bharat is needed for the welfare of the universe. India has the ability to overcome several challenges and the world looks towards it to overcome those challenges and difficulties. With the “Vasudhaiva Kutumbakam” (world is one family) belief, India can again put forward happiness and peace to the world,” he said.

This is Mr Bhagwat’s first visit to Assam after the Bharatiya Janata Party-led government returned for the second consecutive term in May. (PTI/ndtv) 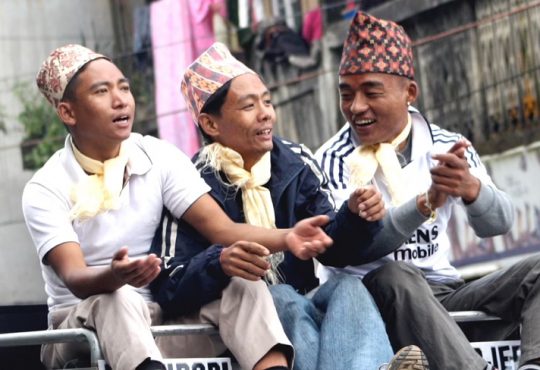