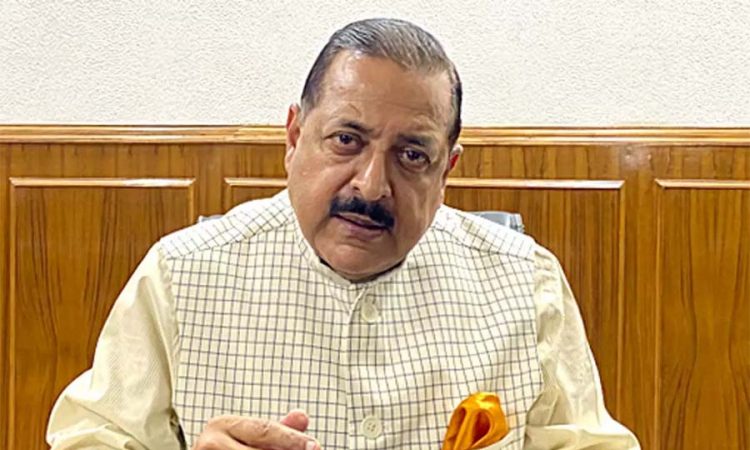 New Delhi, May 2: With the ruling BJP-led alliance in Assam set to form the government for the second consecutive term, Union Minister Jitendra Singh on Sunday said the assembly poll has broken the “jinx” that minorities do not vote for the saffron party as it has received huge support in the Muslim dominated areas and constituencies.

He hoped that in the second term of governance, Assam will, along with the entire north eastern region, emerge as a leading player in the post-COVID economy and growth for not only the north east but of the whole of India.
“Just as the northeast is today cited as an example of a development model across the country, it has also emerged as a role model for COVID management,” said Singh, the Minister of State in the Prime Minister’s Office (PMO).
Singh, who was BJP’s co-incharge for Assam, said a significant feature of this spectacular decisive mandate is that BJP’s margin of victory has remained the same or possibly improved in spite of it being the ruling party for five years.
He said this vindicates what he had been saying throughout the election campaign that the Assam poll this time will set a new narrative of a state election being won on the strength of pro-incumbency without an iota of anti-incumbency factor.
“The Assam Assembly poll has also broken the jinx that the minorities do not vote for BJP,” said Singh, who is also the Minister of State for the Development of North Eastern Region (DoNER).
We have received huge support in the Muslim dominated areas and constituencies because we were able to convince the people across all sections that we were working with sincerity, commitment and consistency to ensure equitable growth, and that we were not hesitant to offer our services even in such areas and sections where we may not have received much vote in the last election, he said.
The ruling NDA was ahead of the Congress-led Grand Alliance with leads in 75 of 126 seats as the counting of votes continued. BJP candidates were leading in 56 seats, while its ally AGP had the edge in 11 and the UPPL in eight.
The Grand Alliance was ahead in 46 seats and its spearhead Congress in 29 of that.
Singh said the people have seen the miraculous transformation happening over the last few years.

For example, he said, there was a time when Assam made news only for insurgency or road blockades or encounters, whereas today it is in news for the country’s largest bridges being inaugurated, new highways being laid out and international airports being set up to pave the way for “Act East” initiative. (PTI)