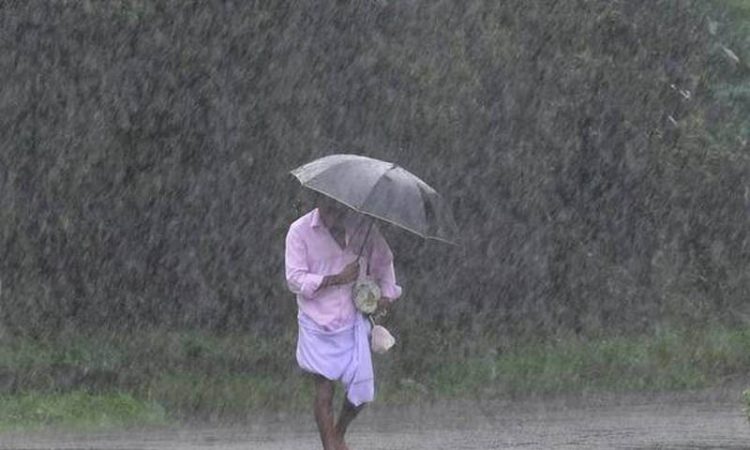 WASHINGTON, MAY 16: Rainfall from the Asian summer monsoon, which influences water availability, ecosystems and agriculture in India, has been decreasing over the past 80 years, according to a study.
Man-made atmospheric pollutants are likely the reason for the decline unprecedented in the last 448 years, said researchers from the University of Arizona in the US.
The study, published in the journal Geophysical Research Letters, used tree ring records to reconstruct the Asian summer monsoon back to 1566.
The study found the monsoon has been weakening since the 1940s, resulting in regional droughts and hardships.
The 80-year decline in the monsoon coincides with the ongoing boom in industrial development and aerosol emissions in China and the northern hemisphere that began around the end of World War II, according to the study.
Previous studies have looked at tree ring chronologies from this region but the new study, “surpasses in terms of the timespan covered and the number of trees involved,” said Steve Leavitt, from the University of Arizona in the US.
“We were able to gather nearly 450 years worth of tree ring data with clear annual resolution from an area where tree ring growth correlates very strongly with rainfall,” Leavitt said.
Nearly half of the world’s population is affected by the Asian summer monsoon, which dumps the majority of the continent’s rainfall in a few short, torrential months.
Summer rainfall has been declining in recent decades, influencing water availability, ecosystems and agriculture from India to Siberia.
Instrumental and observational records of monsoon strength and annual precipitation only go back about a hundred years.
Long-term paleoclimate records are needed to help determine whether this decline is due to anthropogenic factors such as aerosol pollution or natural variation in the monsoon cycle.
The study uses an ensemble of 10 tree ring chronologies collected from the western Loess Plateau in north central China to track precipitation trends over the last 448 years.
In wetter years, trees tend to grow thicker rings and precipitation records can be gleaned by measuring the thickness and density of the individual layers.
“One of the primary advantages of using tree rings to study precipitation is the annual resolution and the exact dating,” Leavitt said.
The tree rings captured drought periods such as the one that struck in 1928 and 1929 that led to widespread famine where more than 500,000 people died in China alone.
The findings were also cross-checked with Chinese historical records of locust plagues, which tend to occur in drought years, as well as previously published tree ring chronologies.
The new study found that the 80-year declining rainfall trend is unprecedented in the last 450 years, with more thin growth rings in the last 80 years than any other period.
Prior to the 1940s, drought periods tended to be intermittent and shorter in duration with no other decades-long declines since 1566.
Several factors are thought to affect the strength of the Asian Summer Monsoon, including solar variability, volcanic eruptions and anthropogenic aerosols.
The researchers used climate models to show sulphate aerosols – atmospheric pollutants that cause haze – are likely the dominant forcing agent controlling the decline of the Asian Summer Monsoon over the past 80 years. (PTI)