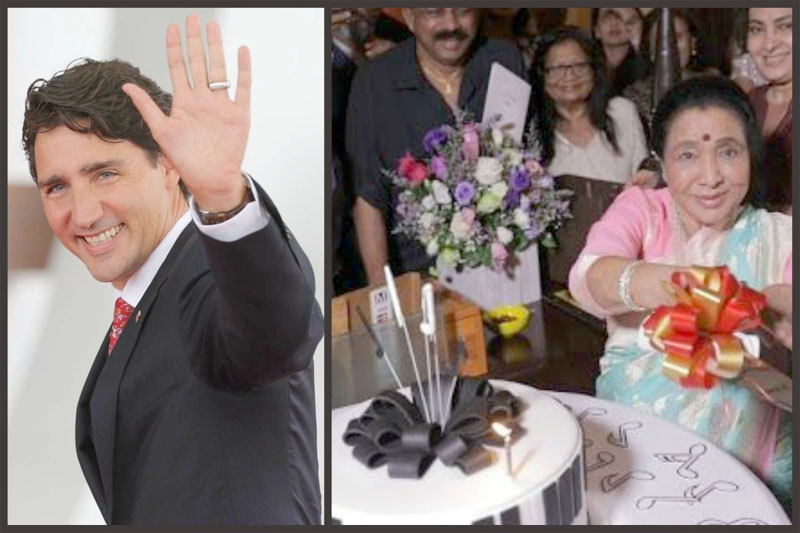 Legendary singer Asha Bhosle turned 86 on Sunday and celebrated her birthday amidst special wishes from all across the country.
One such message that she received from the Canadian Prime Minister Justin Trudeau on her birthday has gone viral.
The veteran playback singer took to her official Twitter account to share the message on her birthday.
“It is a great pleasure to send you best wishes and warmest congratulations on the occasion of your eighty sixth birthday,” Justin Trudeau’s message read.
Asha shared a photograph of the framed post and wrote, “On my 86th birthday, I feel happy that my achievements have put India on the world music map where world leaders acknowledge my presence. Thank you to PM Trudeau of Canada…”
Apart from Trudeau, many from the film industry in India wished the legend on social media.
Asha Bhosle began her career in the 40’s. In a career spanning over seven decades, she sang several hits, some of which include “Kajra Mohabbat Wala”, “Dum Maro Dum” and “Zara Sa Jhoom Loon Main” among others.
She is also the recipient of the Dadasaheb Phalke Award and one of the highest civilian awards in India, Padma Vibhushan.