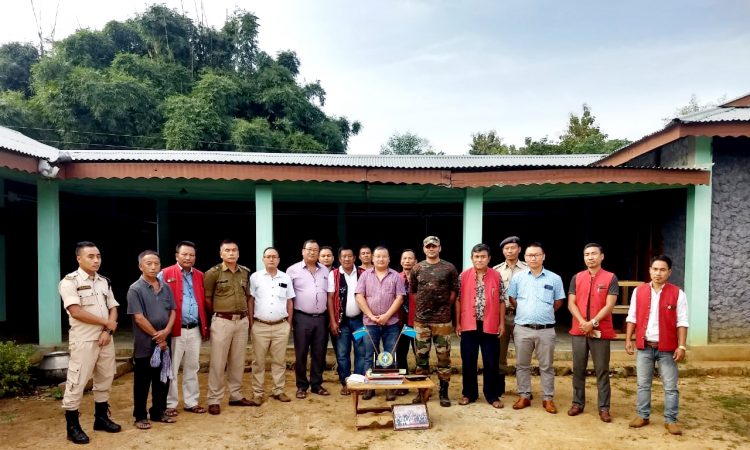 Dimapur, November 8: In continuation of the drive to close down camps of various factions at towns or villages, which started at Ahthibung yesterday, the Assam Rifles in coordination with Civil Administration and Nagaland police closed down the Asalu Region of NSCN (IM) in Midland Colony of Jalukie town.
Authorities of NSCN(IM) were served this eviction letter two days ago by security forces and yesterday CAO of Asalu region was called by ADC & EAC of Jalukie town in this regard. NSCN IM authorities fully cooperated with the Government authorities and closed down their Asalu Region mess and offices prior to the given time.
According to a press release issued here, this drive was done amicably with full cooperation of all stakeholders.
NSCN IM authorities were informed by forces that military cadres would go back to their designated camps and will not stay in groups in Town Area.
GBs of all colonies were informed to request general public to not allow their premises to be used for such institutions. In the presence of civil authorities, police reps and Assam Rifles troops, the jail cum office located inside Jalukie town was closed at 1 p.m. today. Keys were submitted with ADC office and owner can collect it by visiting ADC office alongwith ward GB.
All the office register and pen stand is kept with security forces which can be taken back by NSCN (IM) authorities by visiting Jalukie Camp along with Civil Administration staff or ward GB.
Public authorities and locals applauded this action and welcomed this drive. (Page News Service)