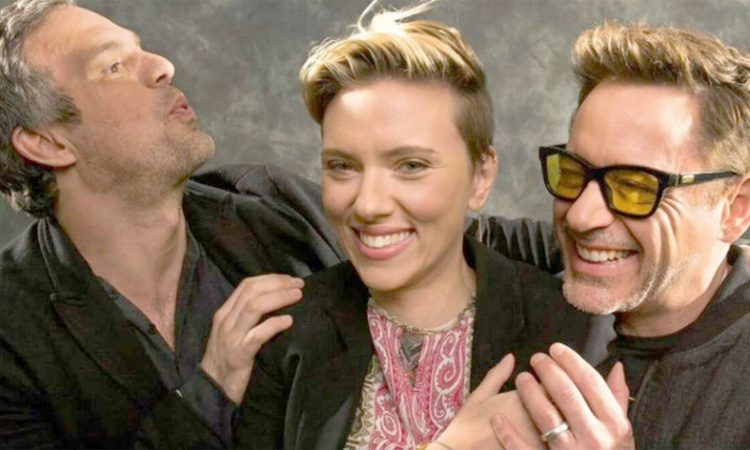 Scarlett Johansson recently sued Disney, the parent company of Marvel Studios, for choosing the simultaneous release model for her standalone Black Widow movie. She claims in the lawsuit that the film’s box office performance suffered due to concurrent release on Disney+. The Wall Street Journal, which broke the story, reports that Johansson lost as much as $50 million in bonuses due to the film’s release on streaming.

Disney has come down hard, taking exception to the lawsuit that it claims has “no merit whatsoever. “The lawsuit is especially sad and distressing in its callous disregard for the horrific and prolonged global effects of the COVID-19 pandemic,” the statement continued.
Whatever the truth, it is strange to see not a single Marvel actor coming to Johansson’s defence. While Marvel Studios’ boss Kevin Feige is said to be “angry and embarrassed” as per The Hollywood Reporter, even he has not spoken publicly.
This is in stark contrast to what happened when Guardians of the Galaxy star Chris Pratt was surrounded by allegations that he followed a church that is known for homophobia and hatred for the LGBTQ community.
Actor Elliot Page had said on Twitter that Pratt should address the accusations against Hillsong Church. He elaborated in another tweet later that read, “If you are a famous actor and you belong to an organization that hates a certain group of people, don’t be surprised if someone simply wonders why it’s not addressed. Being anti LGBTQ is wrong, there aren’t two sides. The damage it causes it severe. Full stop. Sending love to all.”

Soon after the allegations came to light, bigwigs like Robert Downey Jr., Mark Ruffalo, Zoe Saldana, Jeremy Renner, and James Gunn expressed their support for Pratt.
Gunn who has directed Pratt in two GotG movies wrote, “Sorry. Just finding out about this nonsense. Chris Pratt is the best dude in the world. I’ve spent hours & hours sharing my deepest truths with this man, as he has with me. Please stop assuming what he believes, politically or in any other way, because he’s a Christian.”
Downey Jr was more impassioned in his defence, writing on Instagram, “What a world… The “sinless” are casting stones at my #brother, Chris Pratt… A real #Christian who lives by #principle, has never demonstrated anything but #positivity and #gratitude… AND he just married into a family that makes space for civil discourse and (just plain fact) INSISTS on service as the highest value. If you take issue with Chris,,, I’ve got a novel idea. Delete your social media accounts, sit with your OWN defects of #character, work on THEM, then celebrate your humanness… @prattprattpratt I #gotyerbackbackback.”
In comparison, there has been no statement in support of Johansson yet. Perhaps the actors’ potentially continuing association with Disney for upcoming Marvel projects makes them reluctant to offend the media giant?
Still, one could argue that Johansson’s case is far more serious than mere accusations.

For one thing, it sheds new light on how female actors in Hollywood, no matter how popular, are still paid less than their male counterparts. One wonders if a Downey Jr or a Hemsworth would ever need to take legal action against Disney to be paid fair.
Earlier, as per a 2013 Deadline report, Downey Jr was considering moving away from the role if Marvel Studios did not meet his salary demands. The actor had reportedly earned about $70 to $80 million (Rs 5-6 billion) from MCU’s first team-up movie, The Avengers, and was looking to exceed that after the humongous success of Iron Man 3.
He went on to emerge as the richest actor in the world in 2014 with $75 million, as per Forbes. In the same year (2014), Hemsworth was at the fifth position of highest-paid actors list.
Evans did not figure in the top 10 that year, but he did make it in 2019. He was placed at the 10th position on a list which featured at least five Marvel actors (others being, Downey Jr, Hemsworth , Bradley Cooper, and Paul Rudd).
The lawsuit has reignited the debate between streaming vs theatrical that will define the industry in the next half-decade or so. Many notable filmmakers have decried the big studios’ inclination towards gaining subscribers rather than prioritising theatrical model for their releases. Also, the outcome of this lawsuit will impact how A-listers are going to be compensated for their work in the future.

Gerard Butler, apparently in response to Johansson’s lawsuit, has sued the producers of Olympus Has Fallen, contending that he is owed at least $10 million from the global box office success of the movie.
Whatever transpires, one thing is certain that her colleagues in Marvel movies are failing her by not speaking out.