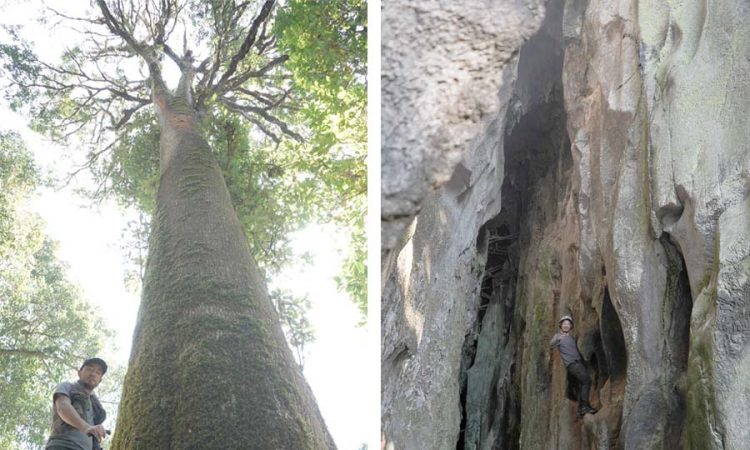 DIMAPUR, MARCH 16: Since arriving at the stage as the youngest district of Nagaland in January this year, Noklak has been gradually unfurling itself, and in the process, shining the spotlight on major landmarks home to the district.

Though the district was created on December 21, 2017, it was inaugurated officially only three years later on January 20, 2021.
Recently, a Naga researcher had presented her finding which could help establish that Mt. Khelia, located in the district, is the second highest peak in the State. An official survey to confirm this finding is awaited.
And on March 15, the Deputy Commissioner of Noklak, Reny Wilfred had announced that the district is also home to one of the largest caves and trees in Nagaland.
According to a DIPR report on Tuesday, the DC informed the district’s planning and development board that a cave called Pyo Ling Kha at Chiphur village, measuring 300 ft in length, 150 ft in height and 30 ft in breadth, was one of the biggest in Nagaland.
Also, a gigantic tree called Nok-khio Pai Meiniu at Choklangan village, which stands at a towering 148.5 ft (22.8 ft in circumference and 7.2 ft in diameter), was one of the largest trees in Nagaland, the deputy commissioner informed.
Among many others, these two landmarks need to be preserved protected, Wilfred underscored.
The Deputy Commissioner told Nagaland Page on Tuesday that a short film on the cave will be released soon, “presenting it to all enthusiasts”.
‘Distance education’
The deputy commissioner also expressed concern at the scenario of students moving out of the district due to non-availability of ‘proper institutions’ in Noklak.
Stressing on the importance of a healthy education sector, Wilfred emphasised the need for the facilities of distance education provided by Indira Gandhi National Open University (IGNOU), National Institute of Open Schooling (NIOS) and other institutes in order to improve education in the district.
Other agendas discussed during the meeting include posting of PHE and Electrical Junior Engineers at Thonoknyu Hq and construction of Water Storage Tank at Thonoknyu town, which the House approved and recommended to the departments concerned.
SDO (Civil) Longdiba Sangtam shared about the problems of water shortage at Thonoknyu Hq.
CMO Tuensang, Dr. Moa Jamir encouraged the board members to take the vaccine shot and led by example as heads of the departments.
The House discussed about hospital equipment and proposals for construction of boundary fencing, 100 KV transformer, construction of ART centre and OST, guesthouse, store, separate ward etc., at CHC, Noklak. After approval, the House recommended the matter to the department concerned.

The meeting also discussed various other agriculture and tourism sector projects
Registration of brand name as Noklak and Noklak First for various products was discussed and approved. Inclusion of priority list in the district website was also approved.
The House constituted a verification committee for LADP implementation and also approved development of Public Park in the district HQ. (Page News Service)