Itanagar, September 10 : To preserve an old tribal language of Arunachal Pradesh, linguist student Banwang Losu took over the responsibility of creating a script for their tribal language Wancho. 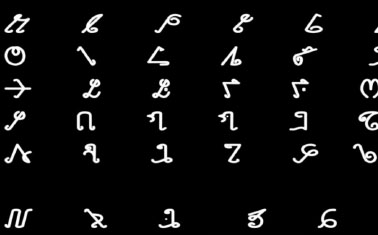 Working tirelessly for 12 years, the linguist student developed an independent Wancho script. The language is spoken in many of the northeastern states. Wancho, one of the tribes in Arunachal Pradesh, lacked a script.
Banwang Losu, who took more than a decade to script the language, also got “Wancho language” enlisted in the US-based Unicode Consortium for online use. This means that the language can now be used on the internet across the world. He said, “We are responsible to preserve our culture and languages ourselves or it will disappear from this world. There is no superior or inferior language; every language is equally important.”
Losu faced many problems while developing the script. “I found out that it was not possible to translate the language as it did not capture all of its sounds. So I started researching on phonetics of the language,” Losu, who is pursuing his Masters in Linguistics at Deccan College Post Graduation and Research Institute in Pune, told ANI.
The United Nations had declared 2019 as the Year of Indigenous Languages to draw attention to languages around the world that are in danger of getting extinct. Of the 197 Indian languages on the verge of extinction, 89 languages are reported to be from Northeast India, with 34 belonging to Arunachal Pradesh alone. (Agencies)

NE has warmed up significantly during last 100 years: Study

Petition filed against exclusion of women in headmen election

Army likely to be withdrawn from Assam soon