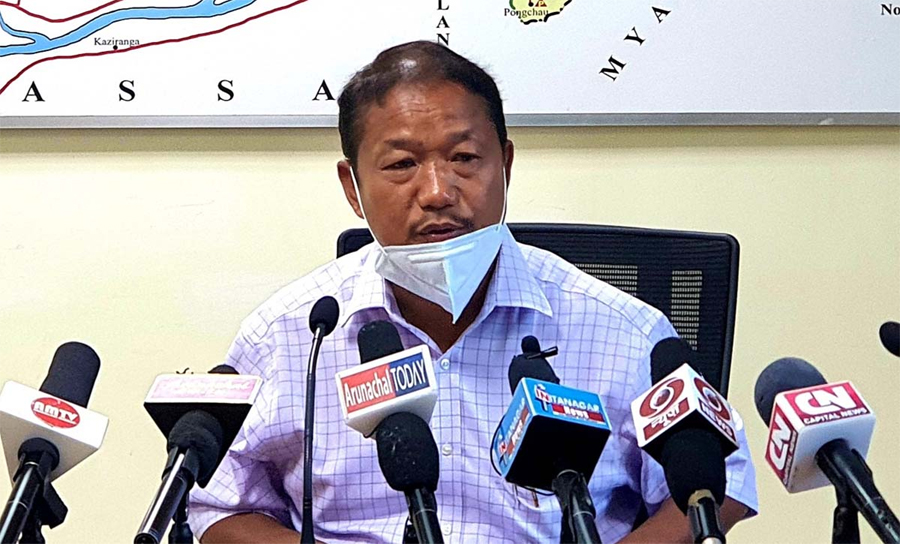 Itanagar, August 25: The Arunachal Pradesh government will persuade the Centre for inclusion of the frontier state under the Sixth Schedule of the Constitution to protect the rights of its indigenous population, a senior minister said on Tuesday.
The state government on Monday took the decision in a Cabinet meeting chaired by Chief Minister Pema Khandu, Home Minister Bamang Felix told a press conference.
“The Cabinet during its sitting deliberated on the report of a consultative meeting held on August 19, following which a consensus decision was taken to reach out to the Centre regarding inclusion of Arunachal Pradesh under the Sixth Schedule,” Felix said.
A resolution seeking the inclusion of Arunachal Pradesh under the Sixth Schedule would be moved and discussed in the upcoming session of the state assembly and the same would be later submitted to the Centre, the minister said.
The state bordering Bhutan, China and Myanmar is under the Fifth Schedule, that does not provide special rights for the indigenous communities unlike the Sixth Schedule.
The state government had earlier this month formed a committee under the chairmanship of Deputy Chief Minister Chowna Mein to hold a meeting with Community Based Organisations (CBOs) to discuss issues related to constitutional safeguards for the indigenous people of the state.
Felix said, this was for the first time in the state that a platform to have a broad discussion on the constitutional safeguards for the indigenous people was created under the leadership of the chief minister.
“This subject was never discussed in any platform ever since Arunachal Pradesh attained statehood in 1987. However, following the consultative meeting and suggestions that have poured in from our learned councils and advocates, we have come to understand that we were living under the wrong impression of being protected by the Inner Line Permit (ILP),” Felix said.
ILP is an official travel document issued by the state government to allow entry of an Indian citizen into a protected area for a limited period.
The Bengal Eastern Frontier Regulation (BEFR) Act of 1873 prohibits all citizens of the country from entering Arunachal Pradesh without a valid ILP.
The minister said, Article 371(H) which has special provisions for Arunachal Pradesh also does not ensure full protection to the states people as it provides no special rights to the indigenous people.
The resolution to be moved in the assembly would also seek that the special provision with respect to Arunachal Pradesh be further strengthened by amending Article 371(H) like inserting provisions for the protection of religious or social practices and customary law and procedure of the tribes of the state.
Felix said, provisions for the protection of administration of civil and criminal justice involving decisions according to the customary law of the tribes of Arunachal Pradesh and ownership and transfer of land and its resources are the other resolutions that would be placed before the Centre for its consideration. (PTI)

JMC’s indefinite strike against resettlement of 6,000 Brus in Kanchanpur ‘temporarily’ called off

Mizoram to ban bursting of firecrackers on Christmas, New Year