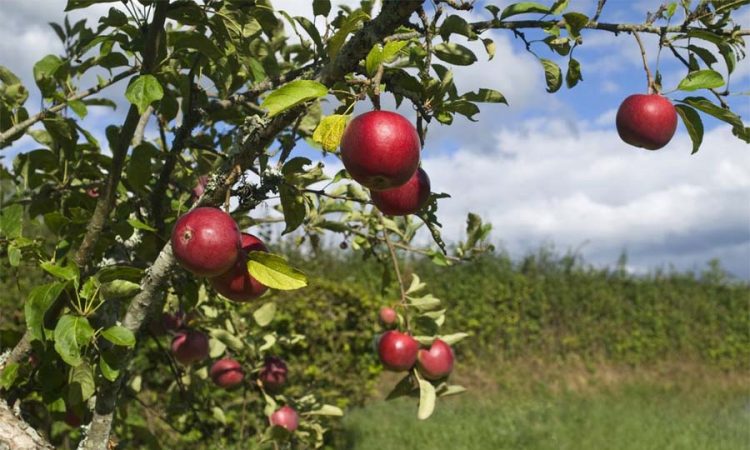 Itanagar, January 29: Arunachal Pradesh has launched a pilot project for cultivation of a new variety of apple that can be grown in tropical and subtropical areas.

The project would be implemented in 14 acres at Ziro, the headquarters of Lower Subansiri district, through 18 beneficiaries, officials said.
It is being funded by North Eastern Region Community Resource Management Society (NERCRMS) of North Eastern Council under the DoNER ministry.
HRMN-99 Apple is a low chilling variety developed by Hariman Sharma, a farmer from Bilaspur district of Himachal Pradesh several years back, which can be cultivated in tropical and sub-tropical regions and does not require chilling hours.
Chilling hours are the number of hours when temperatures stay at 0-7 degrees celsius. This period of time is important for apple trees because it allows buds to develop into flowers as the weather warms up.
A 12-year-old plant of HRMN-99 variety yields a quintal of fruit per season, the officials said.
The first batch of apple saplings was distributed by state Agriculture and Horticulture Minister Tage Taki to the benefiaries at Ziro on Friday.
Expressing gratitude to the DoNER ministry, Taki said that such encouragement from the ministry would motivate farmers to take up sustainable farming.
“Earlier Ziro was an apple growing area but due to deficiency of chilling hours, farmers could not continue with cultivation of the previous varieties. With the introduction of HRMN-99, we hope apple production to pick up in the area,” the minister said. (PTI)