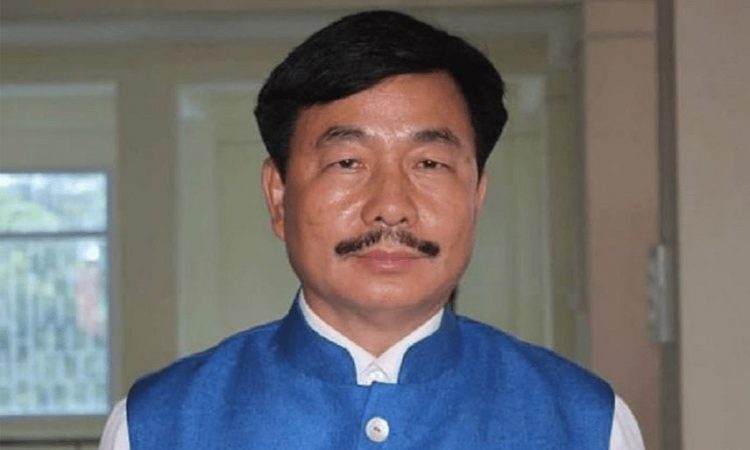 Itanagar, December 2: Raising concern over “slow” progress of construction of fifteen strategically important roads in Arunachal Pradesh, BJP leader and MP Tapir Gao on Wednesday urged the Centre to modify the guidelines for tendering process and expedite the completion of these projects.

These road projects were sanctioned under the phase-I of Special Accelerated Road Development Programme in North East (SARDP-NE), he said, adding a report suggested that around 40 per cent works have been completed.
“The guideline of the Ministry of Road Transport and Highways for the tendering process is a stumbling block.
Bidders are required to quote less price than the estimated cost to bag a project. Contractors pay GST and meet other operational expenses.
“Thus, it comes around 40 per cent of the actual cost, making the projects unviable for them. The existing norms need to be modified,” Gao told PTI.
The BJP MP had raised the issue in Parliament during the Monsoon session and also wrote a letter to Union Minister Nitin Gadkari in October, seeking his intervention to complete the projects at the earliest.
“The minister assured me that there would be re- tendering for six projects,” he said.
Quality of existing road construction is being “compromised” and even many contractors are yet to start work, the Arunachal East MP said.
He also said new border roads under SARDP-NE Phase II have not been sanctioned due to delay in completion of current projects.
Gao said strengthening of infrastructure is extremely important as neighbouring China has already built two-lane roads along the border.
“We are lagging in terms of improving the road infrastructure along the McMahon Line,” he said.
Gao claimed that the land acquisition issues have been resolved by the state and appealed to the Centre to expedite the completion of the ongoing road projects. (PTI)